First responses to the event where the music director was thrown out of Bass Hall for carrying his daughter’s violin and many others were similarly inconvenienced by over-zealous security: 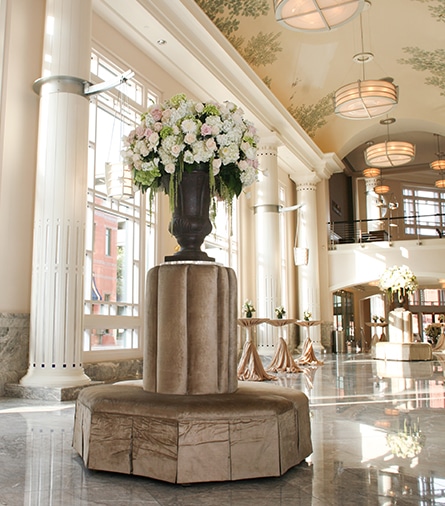 From the Youth Orchestra: ‘As the FWYO Orchestra Manager, this and other bizarre policies made last night’s enormous production of five ensembles and 300 kids a logistical nightmare!’

From Dennis Buber, FWSO bass trombone: ‘A prime example of the lunacy inflicted not only on my FWSO colleagues but concert goers as well, ever since the management of Bass Hall initiated their draconian “security” measures this season. Folks, this isn’t security, this is harassment, pure and simple, and another case of a clueless management drunk on their own power. It is audience members who are inconvenienced as well…no large bags, ladies’ purses are searched for food and drink… Welcome To The Concert. Enjoy The Show.’

From Fort Worth Youth Orchestra director Lee Warren : ‘I cannot even speak my disdain for the security rulings at Bass Hall. We were told children with their instrument cases might “harm the fabric on the chairs in the audience chamber” and “might scratch the marble in the lobby”. Really? I do not think those issues involve any security at all! Our percussionists were told they could not bring in their mallet bags. Meanwhile, the cases going backstage are not searched. Once backstage, you can easily access the audience chamber. So anyone who really wanted to do harm could easily get through simply by going through the stage door. They have no concern about the needs of symphonic music. None.’

And this from a parent, Erika Michelle Keswick: ‘This actually happened to my son last night. It was after his performance and he was waiting to be directed to the seats to watch the final group play. After waiting quite a while he felt anxious and followed a group of kids who “looked like they knew where to go” and ended up outside. He realized his mistake and tried to get back in the door and explained to the security. They refused to let him back inside. And he wasn’t the only kid standing on the street at night with his instrument that wasn’t allowed back in. Thankfully, I had my cell on so he was able to contact me. But my whole family had to leave early and we did not get to watch the higher symphony play because we couldn’t leave him standing on the street. We paid $$ to see him and the entire show, and his seat with his group was to be complimentary, but security said he must have a ticket to get back in, which he did not have since he was performing. It was a hard first Bass Hall night for us all.’

At lunch today with the Mayor of London’s music fund, we heard from Benjamin who had been living with his mother and brother in a rundown hostel after they were made homeless. Benjamin was failing at school, had no friends because he could not bring them home and was deeply unhappy.

Then a teacher put a violin in his hand and the fund paid for lessons. Now 11, Benjamin has passed grade 4 with distinction, is playing in several orchestras and has won a scholarship for maths. 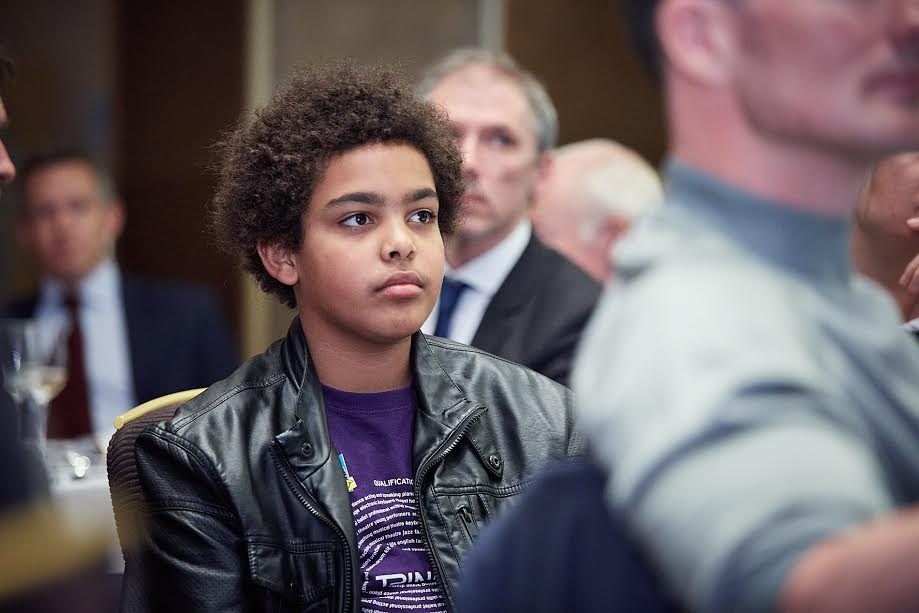 ‘I was in love with the violin the first time I picked it up,’ said Benjamin. ‘I wouldn’t have known the joy of playing the violin without the scholarship. My dream is to be a professional violinist.’ His mother, Corinne, described how their family life was transformed. She was able to get a job as a bus driver, knowing that Benjamin was safe at his orchestral practice.

The Fund has helped 400 kids like Benjamin since Boris Johnson got behind it in 2011. Now Mayor Sadiq Khan is backing the scheme with equal vigour.

Music can change lives. We saw for ourselves. 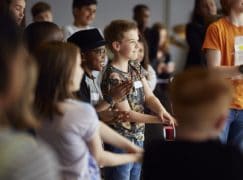 The house has reported it took just 67 percent of potential box-office revenue in the season just ending.

Peter Gelb is putting on the best possible spin, claiming 80,000 new ticket buyers, but wit the glass one-third empty there’s not much to brag about.

Why has New York deserted the Met? Look no further than your nearest multiplex screen.

Fort Worth Symphony’s music director Miguel Hart-Bedoya reports that he was evicted by security from his own concert hall for carrying his daughter’s violin case. Miguel writes:

‘Tonight, after having conducted throughout the weekend and hosted eight guest orchestras ALL day long yesterday, I come to hear my daughter play with the Fort Worth Youth Orchestra, and I get kicked out by the police, inside the lobby of my concert hall, for holding my daughter’s violin case after her performance.

‘The police told me that YES you could come into Bass Performance Hall with a loaded gun, but NOT with a violin case!’

There is some back story here. Since the Fort Worth Symphony went on strike last year, relations between musicians and the Bass Performance Hall have iced over. A colleague writes: ‘Musicians aren’t allowed to take their cases into the hall. Any of them…even FWSO whose home this is supposedly is. On top of that, the FWSO musicians aren’t allowed to use their own locks on the lockers any more. They have to get one from BPH, which many won’t do because you can’t trust a super-expensive instrument not to be stolen when someone else gave you the lock. So now when many musicians would previously go into the lobby to talk to the audience post-show, they’re just leaving instead. Loss of good will. Loss of connection. Missed opportunity on creating more ticket-buyers and subscribers. But safety y’all…when really the only thing they’re checking bags for is food and drink. Utterly ridiculous.’

UPDATE: Fort Worth just got even worse. 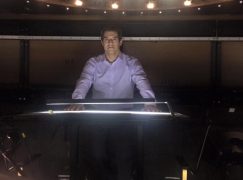 The death of Daniel Brewbaker has been reported by friends and family. Daniel, 66, had been suffering for two years from a brain tumour.

A composers of great gifts, charm and grace, he was one of the first US composers to be performed in Russia by Valery Gergiev. Based in New York, he spent a long period in Europe working with Hans Werner Henze, Luciano Berio and Henri Dutilleux.

Daniel said: ‘I like music that moves me, involves me intellectually, emotionally, and physically. So I would hope to engage listeners in my music on those levels.’ 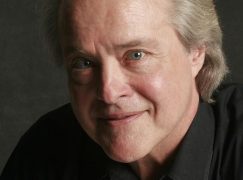 Janna Hymes has been named music director of the Carmel Symphony Orchestra, Indiana, chosen from 130 applicants.

Founded in 1975, the CSO is ‘comprised of highly trained musicians, both paid and volunteer, who annually perform a subscription concert series featuring an eclectic repertoire.’

Hymes is music director for the Williamsburg Symphony Orchestra of Virginia and of Maine Pro Musica Orchestra, which she founded in 2008. 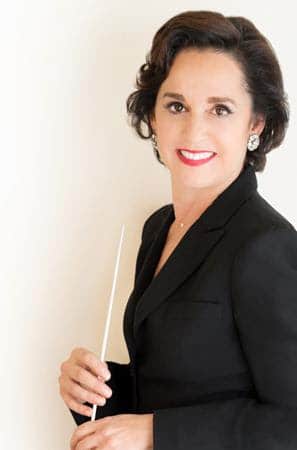 The clarinet virtuoso Martin Fröst has been named chief conductor of the Swedish Chamber Orchestra from 2019.

He succeeds Thomas Dausgaard, who has held to post since 1997. 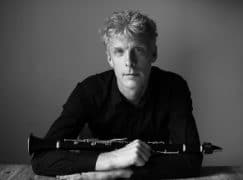 We’ve been tracking Kerem Hasan, 25, since the start of the year.

He has just made it as one of three finalists for the Salzburg Festival/Nestlé contest.

The others are Marie Jacquot (France) and Nuno Filipe Coelho Silva (Portugal). May the best win. 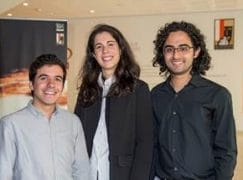 The Kalamazoo Symphony is looking for a music director to replace the long-serving Raymond Harvey in June 2018.

A shortlist has been drawn up. All five candidates are music directors elsewhere, looking for an upgrade.

Donato Cabrera, m.d. at Las Vegas Philharmonic Orchestra since 2014 and the California Symphony since 2013. 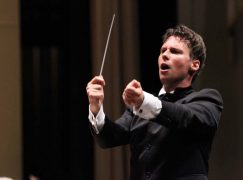 And Julian Kuerti, principal conductor of the Orquesta Sinfónica de Concepción in Chile.

The person who is délégué à la musique at the ministry of Culture and Communication in Paris holds the purse strings for all musical activity in France.

Before he has even appointed a prime minister, it is being reported that Emmanuel Macron has appointed Alain Loiseau to the role. Loiseau, 62, is a former head of the Orchestre de Paris.

He succeeds Marc-Olivier Dupin, who has only been in the job for a year. 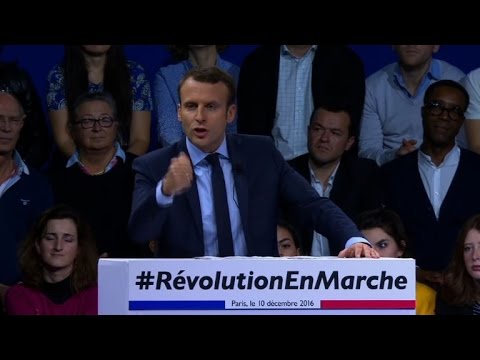 This is the Russian leader doodling around yesterday while being kept waiting to see the Chinese leader, Xi Kinping. 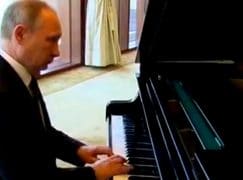 He get’s the notes mostly right, but the piano needs tuning and he has absolutely no expression.

Slipped Disc tip: He should not enter any piano competition in which Emmanuel Macron is taking part.