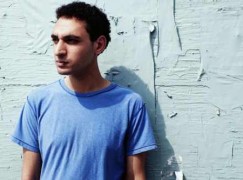 US composer with Arab name is held for hours at JFK

Mohammed Fairouz, a US citizen whose work has been recorded on Deutsche Grammophon, has said he was detained for four hours at JFK Airport, New York, by officials who refused to give a reason for their suspicion.

Fairouz, born in the UAE, travels on a US passport.

A spokesperson for U.S. Customs and Border Protection said the agency cannot talk about individuals but said people entering the United States, including American citizens, must prove that they’re eligible to enter or re-enter the country.

Why a scientist plays timps at the Metropolitan Opera »