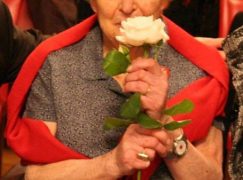 Report: Veronica Kleiber, a maestro’s daughter and sister, has died

We hear that Veronica Kleiber, daughter of Erich and sister of Carlos, has died at the Casa Verdi in Milan, aged 89.

Veronica, who said ‘I am the only non-musician in my family’, was close to her brother and instrumental in his close friendship with Claudio Abbado, for whom she worked.

She shared a few of her memories in a 2010 RAI documentary on Carlos, which can be read and heard here.

Marilyn Horne gets her own museum »