The Italian conductor Marzio Conti has told the Oviedo Filarmonía in Spain that he’s giving up in June.

Not just as Oviedo’s music director, which he has been for six years, but conducting altogether. ‘It exhaust you,’ he tells Codalario. ‘I want to do other things.’

He plans to study history of art. 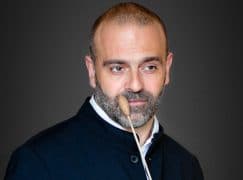