Is the glass ceiling getting higher?

An extensive report from Peter Alexander in Boulder, Colorado, finds that it is much easier for women to get into orchestras than to be accepted as composers.

First the good news: professional orchestras are filled with women today, a vast contrast to 40 or 50 years ago when orchestras were almost entirely male. This is now a viable career for the most talented women instrumentalists.

The bad news is that the picture is not nearly as rosy for women composers, who are not well represented on orchestral programs. And women conductors are no better off than composers. 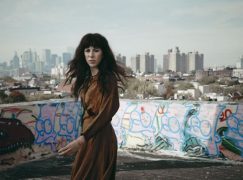