We hear that one of three live sheep hired for the upcoming UK premiere of Thomas Ades’s The Exterminating Angel has been fired from the show after a disgraceful performance at the pre-general rehearsal.

The miscreant is called Sheila and you’re advised to stay well upwind if you meet her.

The appearance of the other two sheep has been severely curtailed to the start and finish of the show. 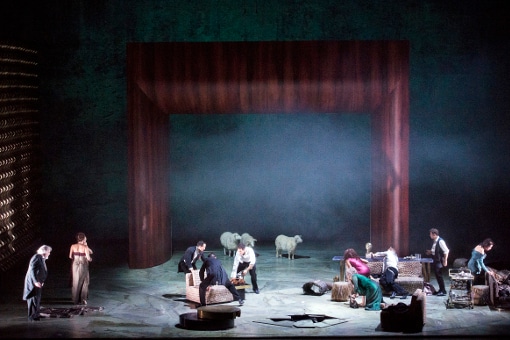 Rumour has it they will not go quietly and their agents have got involved.