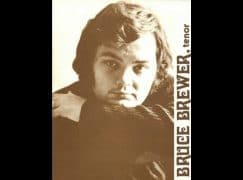 Death of an international US tenor, 75

We have been sent a funeral director’s notification for Bruce Brewer, a lyric tenor who once lit up the world stage. The critic Bernard Jacobson wrote that he possessed ‘a voice of superfine delicacy and a technique that enabled him to pass from the bottom of his range to stratospheric high notes without any perceptible break between registers.’ 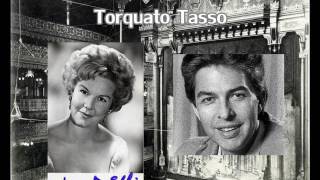 Originally from San Antonio, where he made his stage debut in 1970, he went on to sing at Covent Garden, La Scala, Florence, Paris and Boston. He was married for a while to the mezzo Joyce Castle.

Bruce died at the beginning of March, at St. Fraimbault, Lassay-Les-Chateaux, France, aged 75.

Has any other clarinetist made 40 CDs? »