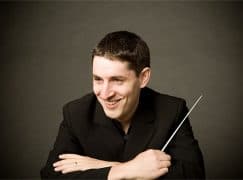 BBC cancels another concert ‘because conductor is ill’

Statement from the BBC Singers:

This evening’s BBC Singers at Six concert of Slavic Choral Music has had to be cancelled, due to the conductor, Andrew Griffiths being taken ill.  Due to the programme of new and challenging repertoire it would not have been possible to find a replacement conductor at such short notice.

The BBC Symphony Orchestra did the same in January.

Whatever became of understudies, stand-ins, step-ups and other musical improvisations?

Why is the BBC’s default position always to cancel?

« An Easter release as authentic as bagels