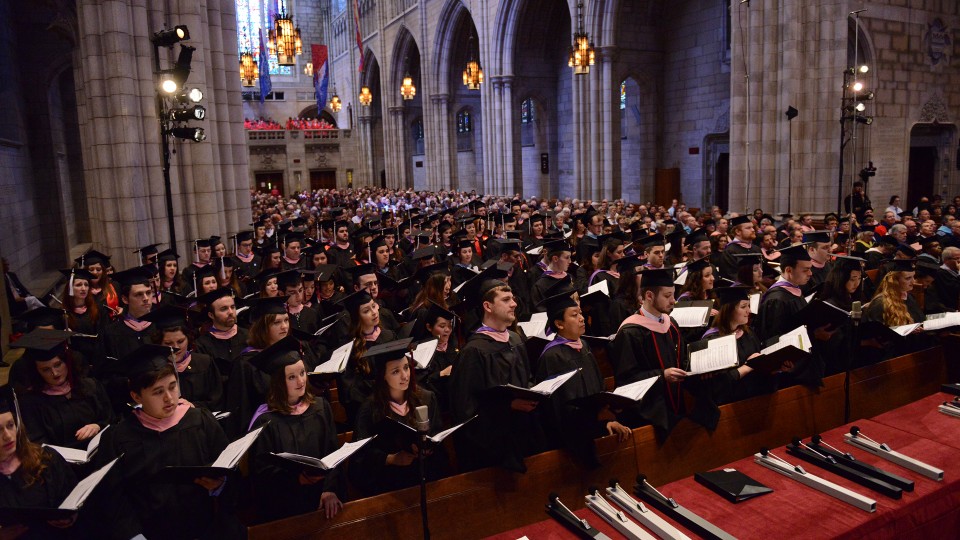 Why Westminster Choir College is losing its home

America’s foremost choir college is being threatened with eviction from its Princeton campus by a Rider University president who is obsessed with profit and loss.

Here’s the latest situation from a prominent faculty member:

“Over the past week, President Dell’Omo has been meeting with the Westminster departments. On Monday, he came to voice and piano to let us know where the process was and to answer questions. Although there have been 3 other times selling the campus was considered by the board, the estimated value of the campus is now between 50-60 million dollars, much higher than any other time it was studied. For both the short term cash flow problem and long term health of the entire university, it is being seriously considered now. The full board is meeting this week but he assured us that they are not meeting to make a decision, just to be appraised of where the study is at the moment. They are hoping to make that decision in March. Besides selling the campus and moving Westminster to Lawrenceville, they are or would also consider another institution buying the college, relieving Rider of Westminster Choir College. If the decision to move was made, the earliest it could happen would be the fall 0f 2019.

As you can imagine, the faculty spoke passionately and pointedly about the negative outcomes of moving the campus to Lawrenceville. He listened to it all but kept reiterating that it’s a financial decision. I assured him that if the college was moved to Rider, most of the alumni support, both financially and in student recruitment would be lost, and there would certainly be an enrollment decline which would affect the choirs and perhaps the orchestral associations which are such a crucial part of the Westminster experience and sets the school apart from other colleges and universities. It was clear in the meeting that there will be no major building project to house us, we will be scattered across the campus wherever unused classrooms can be found, with very little thought to what kind of facilities our program needs. For those students who prefer an educational experience at a larger university, America is blessed with many excellent music schools housed in major universities – Indiana, Michigan, Cincinnati, Northwestern, Illinois, Rutgers – you can find wonderful programs in almost any state if that’s what you seek. It would take years to build a reputation to compete with one of those established programs. The excellence that is and has been a hallmark of its programs – an excellence that makes our music education majors sought after by schools, our voice performance majors accepted into major conservatories and apprentice programs as well as finding positions in the academic field, piano majors teaching at many university and community school music programs, conductors accepted into leading doctoral programs and securing academic positions around the country, organists and choir directors in prospering church positions, composers being published and winning recognition – all of this will not survive if moved to a campus that does not have any programs approaching this kind of success, not to mention having a facility that is necessary for the program to exist.

In our meeting with the president and at other meetings I have attended with him over last summer and fall, he stated that one of Rider’s major problems was the fact that the high cost of tuition does not match the perceived value of a Rider degree. Moving a remnant of Westminster there would end a legacy that has affected thousands of people who have come under the influence of our revered programs. I can’t help but end this with the well-known quote from Bernstein “Westminster Choir College provides a great measure of beauty to a world that needs it badly.” That aspect of what we do is totally lost on our administration and the board members who will be making this decision.”

« The flight from Lincoln Center continues