Sicklist: Lang Lang is down with flu

The Rhode Island Philharmonic has replaced him tomorrow in Mozart with Robert Levin.

No refunds are being offered. 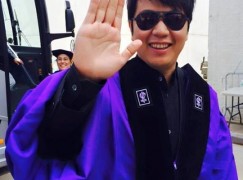