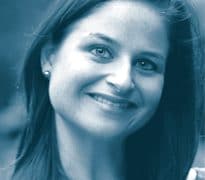 The New York classical music station is to be led by Shannon Connelly, a digital music specialist with no apparent classical expertise. Here’s the announcement:

Most recently, Connolly founded her own company, The Yams, a chat-based recommendation service. She began her career as a consultant in the Media and Entertainment practice at Accenture.

“Classical music has been around for centuries, but new technologies present the possibility of making it relevant and accessible in exciting new ways,” said Connolly. “As a lifelong fan of classical and public radio, I’m thrilled to join the stellar team at WQXR and NYPR to bring this art form to new platforms and new audiences around the world.”