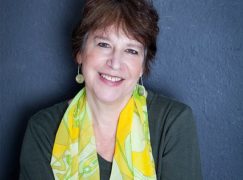 Laura was a role model for innumerable orchestral players and an inspiration to their children. She chaired the orchestral committee at NY City Opera unflappably through rocky times.

And she found time to premiere works by works by Joan Tower, Shulamit Ran, Philip Glass and Elliott Carter.

She was also principal clarinet of the part-time American Symphony Orchestra from 1994 to her death.

Our condolences to her twin daughters.