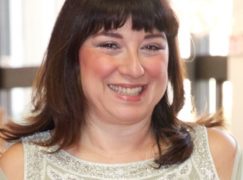 In a further sign of disarray at fortress Gelb, Marita Altman, who has been Director of Major Gifts at the Metropolitan Opera since 2008, is leaving to join Opera Philadelphia as v-p of development.

She starts the new job this week.

Great catch for Philly, but who’ll rattle the big begging bowl for the Met?

Monday, March 13, 2017: David B. Devan, General Director & President of Opera Philadelphia, announced today the appointment of Marita Altman as Vice President of Development. Ms. Altman begins her tenure in Philadelphia on Wednesday, March 15, after stepping down from her post as Director of Major Gifts at the Metropolitan Opera, where she has worked since 2008. Altman will manage all of the company’s fundraising operations while working alongside members of Opera Philadelphia’s senior management team.

In announcing Altman’s appointment, Devan said: “Marita Altman has a distinguished record of accomplishment as a fundraiser, a passion for opera’s history and possibilities, and a deep commitment to innovation. She has proven very successful in helping to shape institutional plans and goals, and to build the resources needed to support them. At Opera Philadelphia, she will bring the strategic leadership skills, technical expertise, and passion for our mission that we value and need in the time ahead. She will lead a Development team that is committed to the mission of inspiring artists and audiences and creating opera for the 21st century. We are very pleased to welcome Marita to theOpera Philadelphia family.”