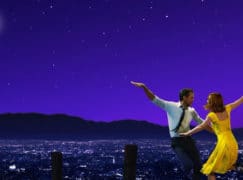 Just in: ENO hires a consultant from La La Land

Liaising closely with ENO Artistic Director Daniel Kramer, de Vries will advise on future projects for staging at the London Coliseum. Drawing on his exceptional knowledge of the music, theatre and film industries, he will contribute to a series of daring projects combining and colliding opera with popular music and electronic music as well as other genres to bring ENO’s work to an audience that may never have considered engaging with opera before.

Marius de Vries has been involved in some of the most culture-defining recordings and soundtracks of the past three decades. He has written, arranged and produced across a wide range of styles and genres for artists such as Madonna, Bjork, David Bowie, David Gray, Massive Attack, Chrissie Hynde and Annie Lennox. In the film and theatre world, his work includes music direction, score composition and song productions for Baz Luhrmann, George Lucas, Andrew Lloyd Webber, Matthew Vaughn, Zack Snyder and Daniel Kramer. De Vries was the Music Director for Baz Lurhmann’s Moulin Rouge! (2001) and also worked with Nellee Hooper on the soundtrack for Lurhmann’s Romeo and Juliet. He has won two BAFTA awards, an Ivor Novello Award, and four Grammy nominations for soundtrack and record production. Most recently De Vries was the Music Director and Music Producer for La La Land, which won both Music awards – song and score – at this year’s Oscars.

It is understood that De Vries will not take payment for his involvement.

Jonas Kaufmann: ‘I have been singing with the handbrakes on’ »