Graham Spicer reports from Milan that the Teatro Communale di Bologna has ended its involvement with the Rossini Festival at Pesaro after 30 years.

Bologna felt it was not getting enough credit (read: subsidy) for its work.

The Rossini Festival now has four months to find an orchestra and chorus. Read here. 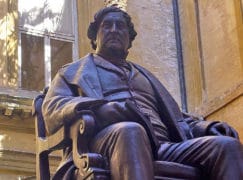