A former principal second violinist with the Manchester-based orchestra was jailed yesterday for 28 months.

Dara De Cogan, 58, was found guilty of grooming a girl pupil from the age of 13 to fulfil his sexual fantasies. The offences occurred while he was teaching at Ampleforth College, a private Roman Catholic boarding school.

De Cogan joined the Halle in 1982 and was promoted to principal second four years later. He became head of strings at Ampleforth in 2004. He was an active chamber musician, with several recordings to his credit. 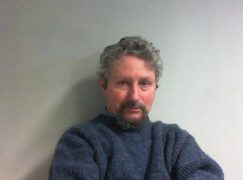