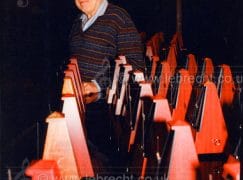 Forget the metronome, what am I doing in the next second? 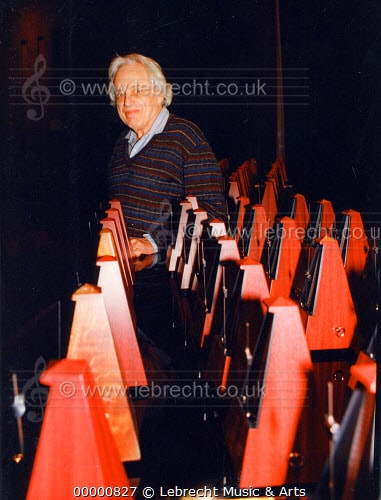 I am sitting on the plane to our next concert, ruminating about time.  My mother has left and there are five days in which I am a single mother of two, with a daily work schedule as well as two out-of town concerts which require an overnight sitter. Jason comes back from his 2 1/2 week tour to Japan and Korea soon. Someone from quartet asked how it was going and I said, “I am totally going to win this week – we will eat more veggies, sleep more, laugh, get to school on time – I’ve got this one!”.  False confidence can sometimes make up for understandable, realistic panic.

Every second counts. Not only do I have to get both girls to school with filled lunchboxes (a raw potato and piece of gum doesn’t count), I have to get to quartet rehearsals well rested and prepared, ready for a full day of invigorating, exhausting rehearsal before I retrace my steps and collect the girls, and then the really exhausting/fun part starts.

Musicians have a strong, learned relationship with the second. Correct that – to the complex division of the second (or nanosecond).  Not many professions do – sports comes to mind, as well as the sciences and stock brokers. Ask any classical musician to give you a correct second (60 on the metronome), or any multiple or division (30, 90, 120, 150, 180, 210 or 240), and they will most likely be able to tap an incredibly precise beat. Usually we can also give a good estimate of any other division – 72, 165, etc.  And we can divide or multiply these beats into complex, irregular sub rhythms which coincide with 3 others doing different or the same divisions. We have an intellectual, physical and visceral relationship to time.

Historically, composers have had mixed relationships with the metronome – the first of which was invented during Beethovens life. Johann Maelzel began production of “Maelzel’s Metronome” in 1816.  This device, based on a weighted pendulum which reacts to gravity as well as the rotation of the earth, is an interesting mix of science and nature. Beethoven knew the inventor and was perhaps the first composer to indicate tempo markings with metronome in his scores, starting in 1817.

How do we, as musicians, feel about the metronome?  Do we place more importance on the descriptive words in a piece, or a mechanical division of the minute?  When I worked with Sasha Schneider of the Budapest Quartet,  I loved the twinkle in his eyes when he told us that a metronome marking is just for the first bar.

We must differentiate between tempo and rhythm – as soon as we begin to play our instruments with a metronome continuing through a phrase, we have changed this definition from tempo to rhythm.  Tempo is the thing that ticks, rhythm is the thing that counts the ticks. Tempo lives and breathes, rhythm – well, I don’t know, but it is different.

I think of the metronome as a fundamental part of preparation. To practice I must have my violin, music, pencil and metronome. We must get to rehearsal with the notes learned, bow distribution practiced, and able to play in a steady beat. But – for me it is a little like personal hygiene. Yes – get to the swimming pool with your legs shaved, but let’s not shave them together. That is private, but important business.

Of course there are exceptions. I remember having shaving parties with my friends at camp when we were teenagers, and in Bartok, a little group shave does wonders. But – what about composers before Bartok – or even composers before the metronome existed? Around Beethoven’s time, most townspeople lived in increments of 15 minutes, measured by the ubiquitous church bells. If you were wealthy, a clock would be in the living room, in which case you could feel the passage of time in minutes – but only when you were in that room. A wearable timepiece was not invented until 1860, and one which was readily affordable, much later. The division of the day is a contrived, human-invented way to keep large numbers of people organized. The Incas used a yearly calendar (which they referred to as the “Vague Year”) with 18 months, each with 20 or more days, and at the end of the year, there were 5 extra days of “ill omen”.  It wasn’t until the 1960’s that the atomic second was universally defined.

Schumann had a touch-and-go relationship with the metronome, and at the end of his life, wanted to remove his metronome markings (which existed in just a portion of his pieces) entirely. Clara wanted them in, but was horrified after his death, when checking his metronome, to realize it has been mis-calibrated.  How did she measure this?  By playing 60 measures of a piece at 60=a measure, and checking to see if it took one minute on the mantel clock. Oh dear. And Brahms detested the metronome.

So – where does that leave us?  Our sense of time doesn’t live in just one part of our brains – it is a combination of emotion, memory, physical sensations – it can’t be locked down. I have a dear friend who, the day before she plays a concerto with an orchestra, plays her concerto slowly, each note on a separate down-bow, to connect completely with each moment. It takes her many hours (this is also the friend who has permanent tear stains across her violin from practice sessions when she just couldn’t get the piece up to her satisfaction).

So – is the metronome a necessary evil, or a saviour?  Probably a little of both. Used in doses it can be a wonderful tool, but let’s never forget the great dance of life.