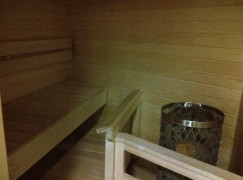 No room in the sauna: Finns refuse asylum to threatened Iraqi violist

Among thousands of refugees that arrived in 2015 was a viola player in the Iraq National Symphony Orchestra. Members of the orchestra have been threatened for playing Western music. But the Finns have now designated Iraq a safe country and refused the player’s asylum request.

An outcry has been raised by major music groups:

In October 2016, The Finnish Migration Office (Migri) denied asylum from an Iraqi viola player. In the decision, it was accepted as a fact that in Iraq, the person in question had been threatened and assaulted because of his musicianship. Yet according to Migri, it would be safe for him to return to Iraq, if he changed his occupation. The underlying argument here was that ”a musician’s occupation is not a distinctive characteristic that is inherent, immutable or in some other way essential for a person’s conscience or realisation of human rights.”

The Finnish Society for Ethnomusicology together with the undersigned organisations and institutions object the decision. The justifications presented by Migri are not only simplified but also indifferent to both general human rights and the requirement to assess the case as individual and unique, as stipulated by the legislation of Finland….

The statement is signed by:

Antti-Ville Kärjä
Chair of the Finnish Society for Ethnomusicology

Count them: 3.1 million Germans are musicians »