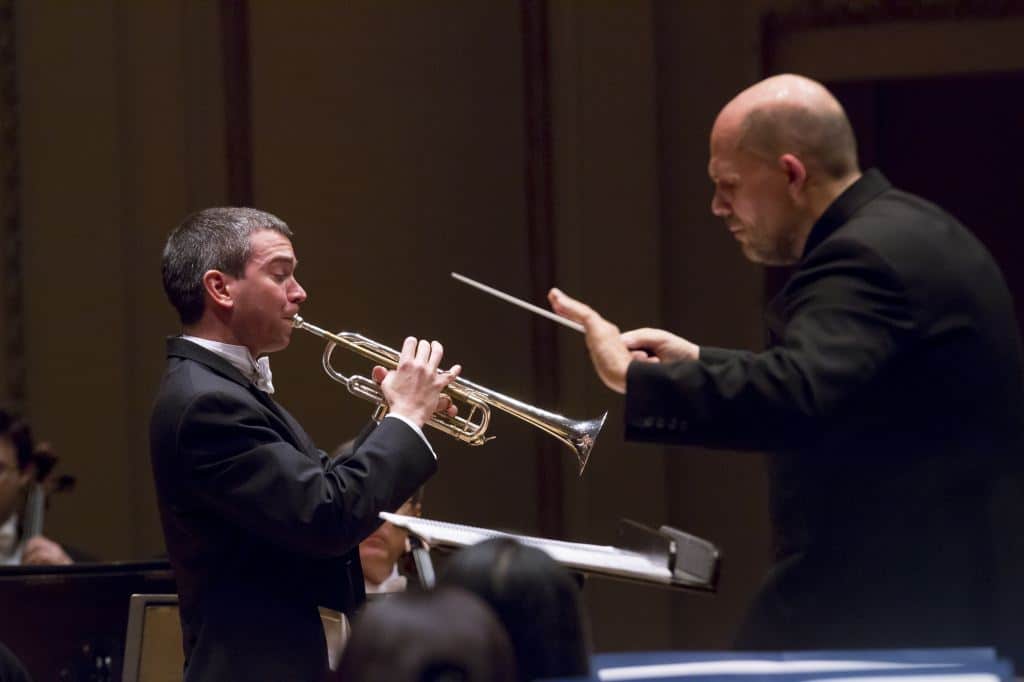 The Chicago Symphony has announced that its principal trumpet since 2005, Christopher Martin, has resigned to join the New York Philharmonic.

It is believed he was heavily wooed by New York’s incoming music director, Jaap van Zweden.

The move has been on the cards since last May, when Martin took a year’s leave to play in New York and his ‘capture’ was proclaimed in the NY Times. But much has changed since then. The NY Phil has lost is president and two v-ps, is leaving its hall for three years and is failing to hold onto financial supporters. The NY Phil is an orchestra in crisis.

Chicago, on the other hand, has a popular music director, a strong ensemble and terrific public support.

This does not look like a totally smart move.

An oboist on heroin »