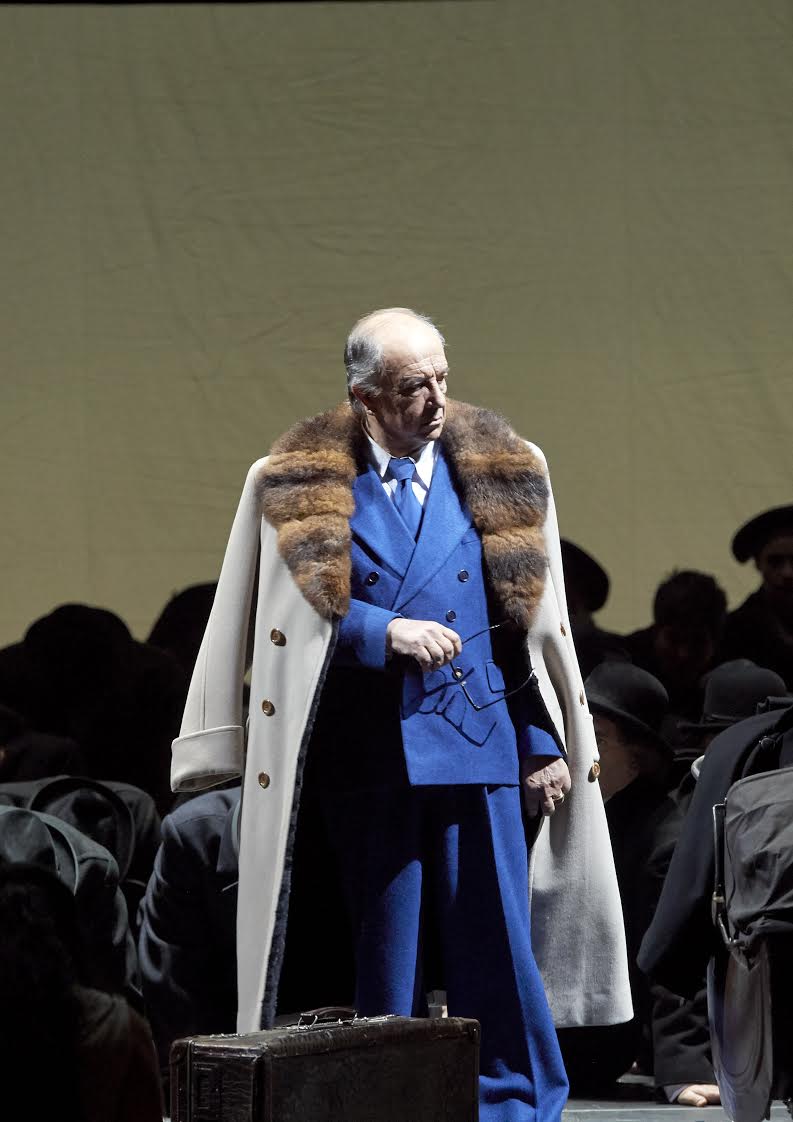 Nabucco is a role for the 70s

Placido Domingo has sung the young Verdi’s old king at Covent Garden and the Met at the age of 75.

Running him close is Leo Nucci, the specialist Italian Verdi baritone, who is presently singing Nabucco at the Vienna State Opera. Nucci will be 75 in April. He shows no sign of strain. If the voice has lost a little lustre at the lower edge, there is no lack of voltage and the naturalness of his delivery is a delight. At full power, his is still an instrument of wonder.

Guenter Kraemer’s 2001 production requires him to suffer a stroke during Abigaille’s coup and to make a miraculous recovery in the third act. He brings tears to the eyes with his disability and a little gulp of joy at his incredulous return to full health.

You would not want to meet Anna Smirnova’s Abigaille without an armed escort. She is menacing, brutal and alarmingly lyrical with an apparently limitless top reach. Miro Dvorsky and Roberto Tagliavini were in fine fettle as Ismaele and Zaccaria, but the Tatar mezzo Ilseyar Khayrullova was colourless on her Vienna debut and dramatic tension went limp at the finale. Thielemann’s ex-understudy Guillermo Garcia Calvo conducted with a very long stick. The piccolo, flute and cellos solos from the Vienna Philharmonic deserved threee encores all their own.

The abiding memory, though will be Nucci, a dictator defiant of age, struck down by a cruel disease and finding a stubborn way to cope with disability. Moving, at times, beyond words.

Deborah Borda: President Trump is closing down the arts »