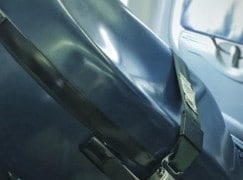 More cello chaos in the air

From Professor Ole Bohn of the Sydney Conservatorium:

On Sunday February 5 eight of my Australian students were supposed to fly with LATAM at 10:48 from Curitiba, Brazil to Rio de Janeiro. They had all attended the famous FEMUSC festival.

Once all the violinists had checked in with their instruments, the trouble started for cellist Vicki Zhang. The airline representative at the check-in counter refused to take the cello as luggage. The cello was in a special travel case and Vicki never had any problems to put it in the hold. At the check-in she was given various reasons why it was not allowed to send the instrument as luggage and that she had to buy a seat inside the plane for the cello!

While arguing that this had never happened to her on any flights, including LATAM flights , the whole group missed their flight. Finally, a representative from the airline understood the situation and managed to put them on a flight several hours later with the cello in the hold underneath. However, they came too late to Rio and missed a scheduled private concert in the afternoon.

French presidential favourite is being coached by bass-baritone »