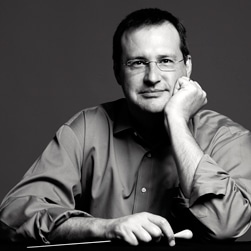 Dean of music gets an upgrade

From the University of the Pacific, California:

Peter Witte has been appointed Dean of the Conservatory of Music. Peter comes to us from the University of Missouri-Kansas City (UMKC), where he has served as the Dean of their internationally renowned Conservatory of Music and Dance since 2008. He brings with him a record of increasing student diversity and academic success. The Provost is proud that the reputation of Pacific’s Conservatory has enabled us to attract such a talented leader to help shape its future.

During his tenure at UMKC, the Conservatory achieved its $48 million fundraising goal, the largest in UMKC history for a single project, for the proposed $96 million UMKC downtown arts campus. This project will move the Conservatory into the heart of Kansas City’s new downtown arts district. His other accomplishments include launching a more inclusive and holistic review of student applications, resulting in a 45 percent increase in enrollment of students of color and international students; increasing the number of degrees awarded and the undergraduate retention rate; and establishing partnerships with local music and arts organizations.

« An international soprano is told her husband is dying