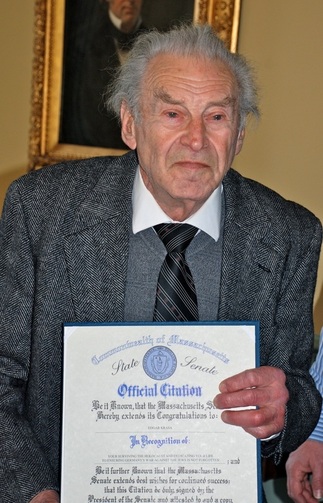 A Theresienstadt singer has died, aged 92

Edgar Krasa, who took part in the Verdi Requiem performance that the Nazi used to fool Red Cross visitors to their ‘model’ concentration camp in June 1944, has passed away in Boston, Mass..

Deported to Theresienstadt in 1941, Edgar was sent to Auschwitz after the Requiem and somehow survived.

After a decade in Israel, were he founded a school for cooks, he migrated to Boston, where he ran a restaurant.

He was not related to Hans Krasa, composer of Brundibar, though they were friends in Theresienstadt.