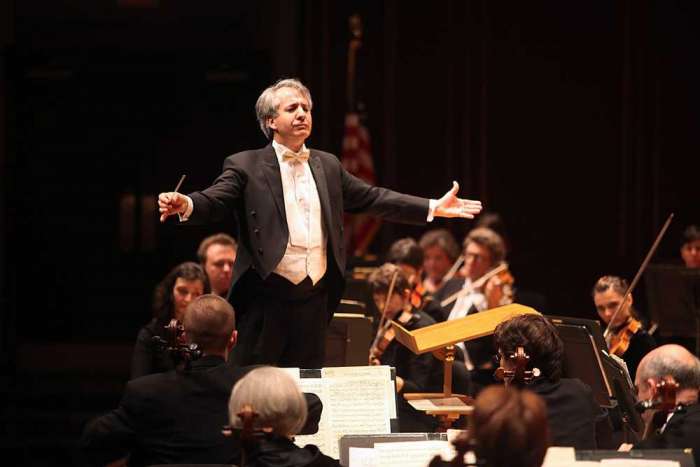 It’s the Jacksonville Symphony, and they have reached agreement eight months before contract expiry. They are also increasing the number of concert weeks from 35 to 40.

Jacksonville, FL (January 26, 2017)– Robert Massey, President and CEO of the Jacksonville Symphony and Peter Wright, President of Local 444, American Federation of Musicians, announced the ratification of a five-year collective bargaining agreement between the Symphony Association and Union. The contract was ratified both by the Symphony Association’s Board of Directors and the musicians of the Jacksonville Symphony on Wednesday, January 25, eight months in advance of the expiration of the current contract.

Prior to the current agreement, the Symphony Association had been plagued by years of operating deficits which threatened the organization’s survival. Today, the Jacksonville Symphony is a very different organization. The early renegotiation of this agreement heralds a new dynamic relationship between the Symphony Association and its musicians, leaving behind an era often marked by serious disputes as well as significant sacrifices by the musicians.

With this new contract, the Jacksonville Symphony season will expand from its current 35 weeks to 38 weeks during the 2017-2018 season, 39 weeks in the 2018-2019 and 2019-2020 seasons, and finally 40 weeks beginning in the 2020-2021 season. The Symphony is also adding to its roster, increasing the number of full-time musicians from 53 to 60. Musicians’ weekly salaries will increase 19% over the term of this agreement, and with the added weeks, annual salaries will rise 37%, greatly increasing the Symphony’s ability to recruit new musicians and more importantly, retain the extraordinary musicians that currently grace its roster.

With this contract also comes innovative ways to engage the community, extend the Symphony’s reach, and deepen impact. By maximizing operational efficiency, the Symphony’s annual expenses will increase on average 4.8% per year for the next five seasons, which aligns with its strategic plan adopted in 2016.