When I first started writing about Weinberg quarter of a century ago, there was no consistent western spelling of his surname (mostly printed Vainberg) and his first name was given as Moisei (pronounced Moshe), consistent with Soviet policy of identifying racial minorities. As for the music, it was unknown beyond the Soviet bloc, where it was more familiar to musicians in private performances than it was to public audiences. Today, thanks largely to proselytism by Gidon Kremer and his friends, Weinberg is no longer obscure but a musical giant, waiting to be discovered…. 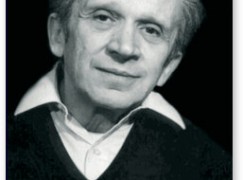