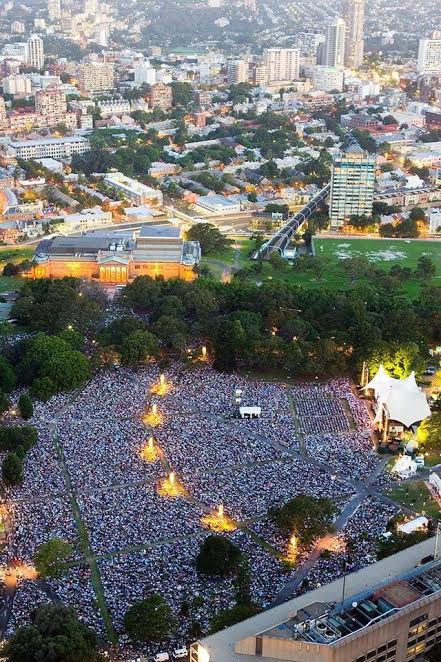 From our person on the spot:

Just now, tonight in Sydney Australia, almost 100,000 people booed and screamed continuously at the new Artistic Director of Sydney Festival, Wesley Enoch, as he walked on stage and announced he had cut the traditional and hugely popular Symphony and Opera Under The Stars from Sydney Festival after 34 years, and that this concert now would be the last.

With all the screaming, you couldn’t hear him talk over the stadium sized PA system and it only stopped when he walked offstage laughing on the giant screens at everyone’s reaction. It was a disgrace! Great to see so many people passionate about classical music though!

UPDATE: The publicity manager for Sydney Festival tells us: Our audience numbers for Symphony in The Domain are between 20,000-30,000 on average, although we can’t yet confirm final attendance numbers for Saturday’s event.