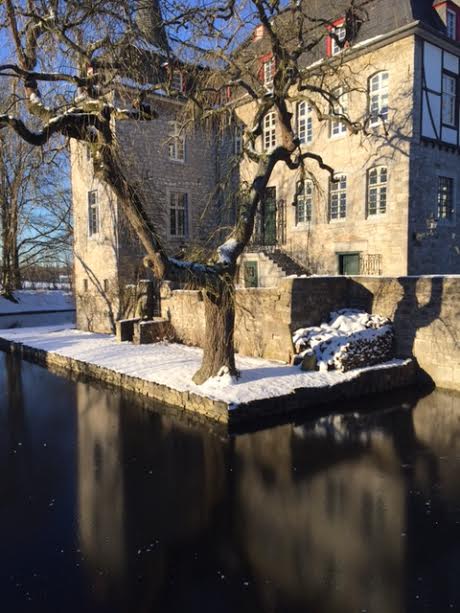 It’s not all second-class travel and Premier Inns for our weekly diarist, Anthea Kreston.

I am in the middle of a 10 day tour, which includes two short stops in Berlin to catch up with family. I have increasingly begun to feel as if the actual performances are, in many ways, the most predictable and constant part of this life. The halls blend together in my mind, the airports, the cars which transport us from airport to hotel, the hotels themselves – they all have a striking similarity. On stage, the lighting is fixed exactly as we want, the temperature, back-stage food – we travel with our own stands and even cello podium. The quartet precisely measures our chosen stage set-up, and our performances are finely tuned – I have yet to be surprised by a single occurrence while performing. Inspired playing and exacting precision are the norm.

It is the places in between – the people, the food, the rehearsals, the short forays into the cities – these are the ingredients of my ever-changing pot of soup.  This tour began with a “house concert” in a castle in Brussels. Before each new quartet repertoire set, we perform one or more house concerts – but up until now these have all been in Berlin. This time, we had a special invitation. Spend three days in a privately owned castle, rehearsing and being pampered, culminating in a concert in the 200-seat private concert hall in the West Wing of the castle. This particular castle is owned by our tax consultant – an expert in international tax laws (our concerts occur in many different countries, each with a complex set of tax codes) who handles not only quartet taxes but our individual taxes as well (he will co-ordinate with my American tax advisor – this will be quite a learning curve for Jason and I).  He lives in this castle, built in the 1500’s, with his impeccable wife – both are comfortable hosting large numbers of people, speaking multiple languages, and maintaining a large estate.  She always looked effortless – dressed in every-day haute couture – how someone can so beautifully inhabit leather pants and an a-symmetrical knobby knit top was a thing to behold.

We were picked up in matching black cars – and as we passed other cars on the road, easily double their speed, our bottoms and backs were being warmed or cooled by the touch of our individual sensors by our seats. Once the castle was reached, the keys to one of these cars were handed to us for our personal use during our visit.

We stepped from the car, in the early evening, and while crossing the first of two bridges, the frozen moat was lit from below the surface by rows of underwater lights. The 5 stories of the castle were highlighted by tiny window lights, and the front door was held open for us, the smells of dinner wafting over us as we entered.

The host, you see, is not only a world-renowned tax authority, he is a chef (he gifted me his cook-book, published just last year, complete with original commissioned watercolors throughout) and an experienced sailor (also with a published book – Captain’s Code).

The castle was already abuzz with people – guests had arrived, and the large dining table was aglow with candles.  We were handed champagne as we entered, and I was so pleased to meet and talk with another Mid-Westerner – conductor Kazem Abdullah – we were seated next to each other along the extended table.

I have been a vegetarian for more than 20 years – but as a Mid-Westerner, I have a deeply imbedded love for the smells and tastes of meat. I like having meat around – cooking it, watching people eat it. I call myself a lacto-ovo-pesca-bacon-vegetarian, because, every 5 years or so, I break down and just eat a couple of pieces of bacon. I generally don’t eat fish (just on tour to keep my diet with enough protein) and never have eaten shell fish.

The food at the castle was out-of-this world. Our first dinner ran like this: first – a salad of arugula and mango, then a chestnut soup with shaved truffle, and moving onto lobster in champagne sauce, flanked by a duo of caviar, all lovingly prepared by our host.  How could I not eat the lobster?  Of course I did – it was my first time – and it was heavenly.

The next day, I could catch glimpses of the lunch preparation from our rehearsal space – the staff was measuring the spaces between the multiple silverware and the plates, as well as the 4 different types of glasses lined at the top of each setting. Every meal seemed to top the one before!  Normally, having wine before a rehearsal would be off-limits, but with the incredible array of wines brought up from the cellar, I could not resist at least tasting the bounties. The owners of the castle are also art collectors, and large-scale oil paintings of one particular artist graced the stone walls of the concert space. I was fascinated to notice, as the afternoon light slanted through the window, while peering lengthwise across a painting towards the sun, how I could see competing layers of black brush-strokes on one painting which was nearly all-black but with an explosion of red coming out of the center. Before the concert I was able to meet and speak with the artist, a friend of the family and guest at the concert. 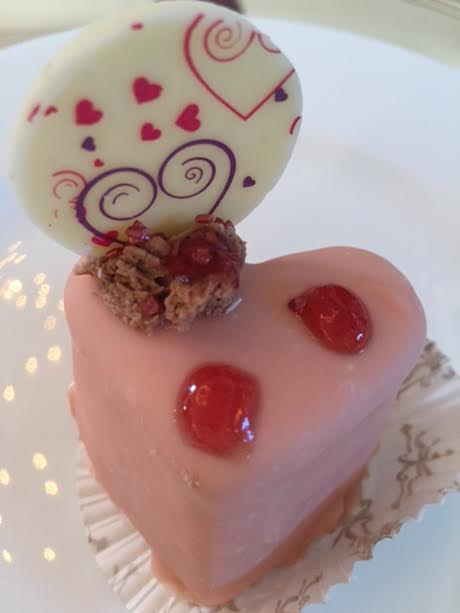 After the castle, a short stop at home, then to Spain (where again I ate lobster, as well as sea bass entombed in salt and baked – and a scallop topped with “bacon dust” – there goes my 5 year bacon fast!) and now we are heading to Copenhagen.  Before returning to Brussels later this week I meet with Humboldt Trio (with Jason and Volker) on a day off, where we perform the Schoenberg String Trio in the incredible new concert hall in Hamburg. Our babysitter, keeping down the fort in Berlin, is the daughter of Mathias Tache – the second violinist in the Vermeer Quartet – (my former teacher, mentor, and now friend). She already feels like an extension of our family.

When I get home, I plan on putting myself on a salad-only diet for a week!  If I manage to escape gout – with all of the wining and dining that comes with this life – I will count myself fortunate.