Jackie Evancho’s inauguration: Judge for yourselves

One conductor has mildly called it the worst national anthem in American history. 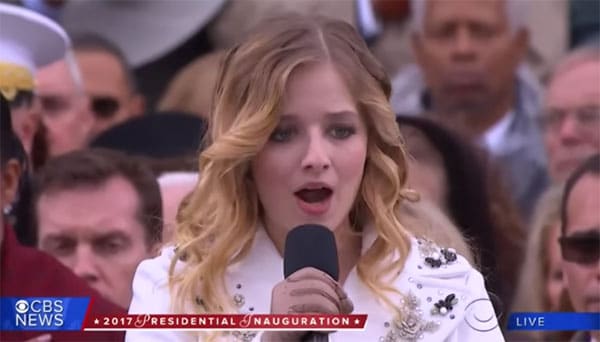 Some low notes are unreached, other are just missed. There are cracks near the top.