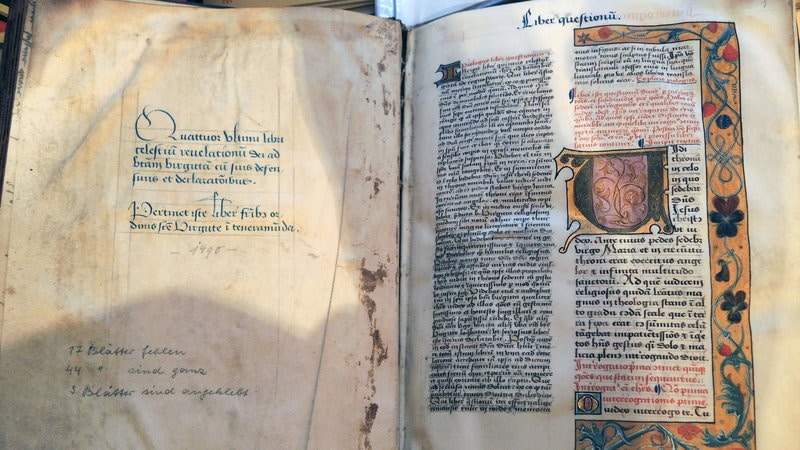 From an AP report: Since 1496, the former Benedictine abbey in Altomuenster has housed a female religious order founded by Saint Bridget in Sweden in the 14th century. It is one of three monasteries of the original branch of the scholarly, monastic order operating today. But with its numbers in decline, Sister Apollonia now lives there alone. …

The Franciscan nun the Vatican put in charge of the closure, Sister Gabriele Konrad, says the collections are just being kept safe, but she’s refused to grant the scholars or anyone else access to the books.

A petition has been started to save these irreplaceable manuscripts. Sign here.

A Verve founder has died »