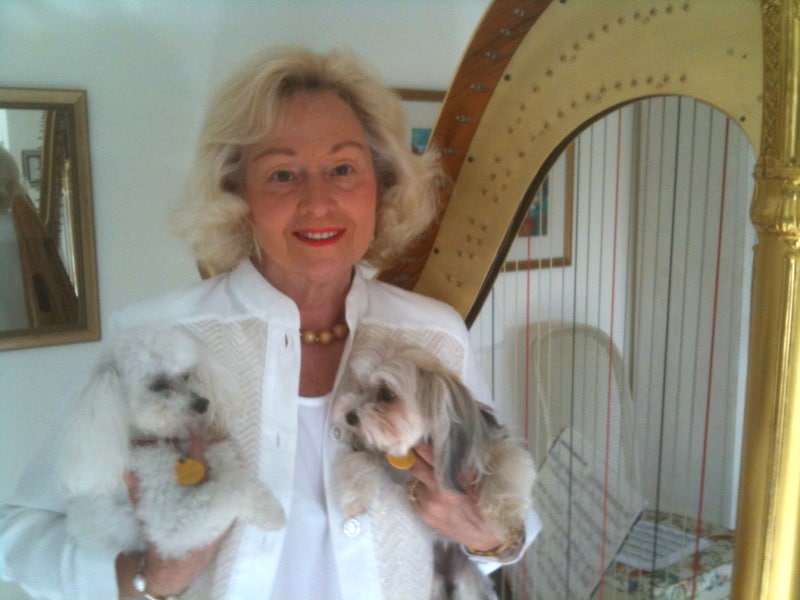 Harp world engages in battle for the crown

From a plucky insider plucker:

Here’s a rare opporunity to peer into the arcane world of the harp.

As the “empress” Susann McDonald (pictured) retires from the University of Indiana, the world will see how fairly the succession process is handled. Will it be her hand-picked proteges, or a spectrum of the best? Will they dare to hire someone who would offend her or her students?

The job has been posted, though not advertised. They are already inviting her ex-pupils as guest teachers. This is a public university with legal responsibilities. But no one outside the harp world ever cares enough to ensure fair play.

If it is fair, they will invite, at least, Yolanda Kondanassis (Cleveland Inst. of Music and Oberlin), Joan Holland U of Mich. and Interlochen), Elizabeth Richter (Ball State U.), pupils of Lawrence and Chalifoux, who were pupils of Salzedo, whose legacy McDonald overturned. And the greatest living harpist, Heidi Lehwalder, Salzedo’s own protege, will she be considered?

And what will happen at the Curtis Institute if Elizabeth Hainen is hired in Bloomington? Big changes are in the offing, and scandalous results seem almost guaranteed. The University in Graz is also hiring a professor of harp. With only two openings in the whole world, after years of no openings, who will win the crown? Note that virtually all University and college harp professorships in the US have been reduced to adjunct (hourly) positions, after there once being dozens of such jobs. It is a dismal time, indeed.

« Mayor kills off an orchestra on his Facebook page

Saint John Tavener has been admitted to the pantheon »