His website says: ‘ In his unstinting efforts to break down barriers between classical music, fashion and pop culture, he is supported by Giorgio Armani and was recently featured in Vogue magazine.’

Ray says: ‘I’m super stoked to be joining forces with the awesome team at Decca Classics. We’ll be working together on a variety of projects which include the recordings of classic repertoire that everyone loves but I’m happy that I’ll have a partner which will help boost the multimedia side of things too.’ 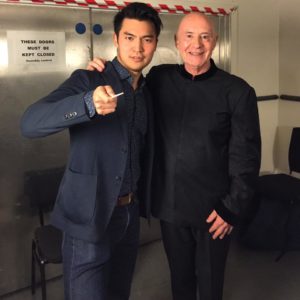 Canada is too mean to pay composers for anniversary commissions »