We have received sad news of the death last Friday of Max Wilcox, who worked in the record industry for half a century and was Arthur Rubinstein’s producer at RCA for 17 years. Max, winner of 17 Grammy awards, was 88. 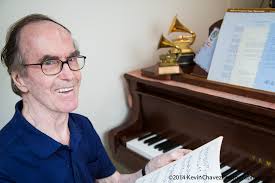 He would conduct orchestras in studio from time to time. Rubinstein heard about it and arranged for Wilcox to be his conductor at a concert with the Royal Liverpool Philharmonic Orchestra.

Having secured him the date, he found the producer had nothing to wear. So the pianist took him to his tailor in Rome, the celebrated Caraceni, to order a beautiful set of tails.

You can listen to an interview with Max Wilcox here.