The first black singer to appear at Bayreuth, Grace Bumbry has blazed trails of glory across the opera world for more than half a century. 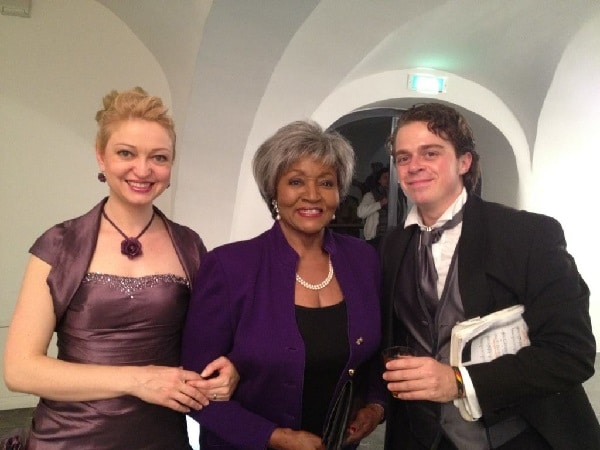 She made her debut in Paris in 1960 as Amneris. Wieland Wagner cast her as Venus in Tannhäuser in summer 1961. Jackie Kennedy summoned her to sing at the White House. Vienna upgraded her to soprano in Verdi’s Macbeth.

She made a much-belated Met debut as Tosca in 1971, together with conductor James Levine, also on debut.

In in 2013, she sang the Countess at the Vienna State Opera in Tchaikovsky’s Pique Dame.