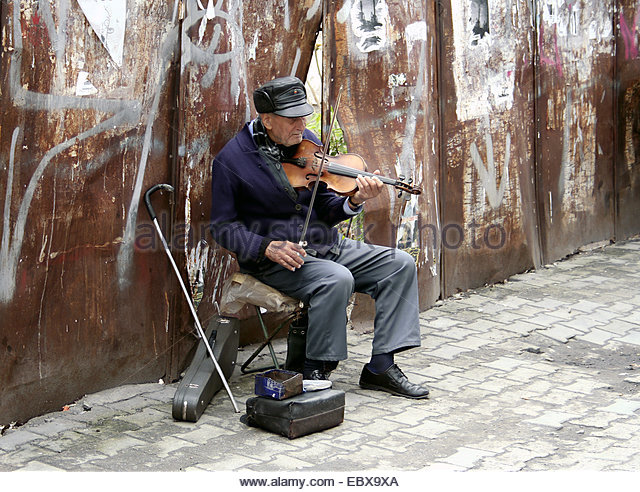 The Auschwitz violinist they called Hopla

Our friend Jeremy Rosen has written a moving piece about a beggar-violinist he knew in Antwerp….

One of the characters who frequented Hovenierstraat almost every day of the working week was a beggar everyone knew as Hopla. He was a small, rotund elderly man dressed in a raincoat no matter what the season, with a small shabby hat on his head. He was always carrying a black bag and a walking stick, which he used liberally to prod or whack anyone he felt slighted him, made fun of him, or did not give him a big enough donation. He often shouted at people and was particularly aggressive with kids who loved to tease him. It seems he got his nickname because every time he succeeded in giving someone who provoked him a whack with his stick, he would shout out “hopla!” Just like a circus clown or acrobat delighting in his performance, or victory.

On my first day there, I ignored him as I walked by. He shouted at me. I ignored him. The second day he blocked my way, glared at me, and waved his stick. I was repelled by his aggression and yet drawn to him…

« Is a label boss the right person to run an opera house?