Star violinist is robbed on a flight to Moscow

The Russian state news agency Tass reports that Sarah Chang, the US soloist, was robbed of valuables and luggage on a flight from Philadelphia to Moscow via London. It is not clear at which stage the theft took place.

Ms Chang has filed a police report in Moscow saying that valuables worth $12,000 had been taken from her luggage.

She is due to give a concert tomorrow at the Moscow Conservatoire.

Unusually, Ms Chang has made no mention of the incident on her very active twitter feed. 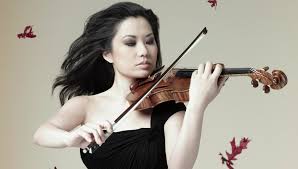