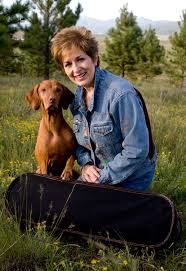 Would you take your dog on tour?

I have spent a lot of time on the road this year. It is as you would expect – exciting, boring, fun to see a new city or revisit and old one, hectic, challenging concerts, exhausting, rewarding, repetitive, lonely. It is simultaneously mundane and fresh. Because life at home is so crammed with: well, life – the emptiness of a single hotel room, a solitary walk to a cathedral, or a quick meal after landing is shocking.

I have gotten used to bringing work with me – bills, German study, music next on the docket.  And I sleep as much as I can – trying to catch up on what I missed or bank some minutes for the next week. I am one of the lucky musicians – many of us have not found a partner, or had children – or our partners are musicians as well, and it can feel like passing the baton when we arrive home.

We all find ways of combating the inherent tour flaws – from pictures in our cases to FaceTime.  Which gets me thinking about that vibrant subset – musicians who bring their dogs on tour as “Musician’s Best Friends”.  There are many such musicians – Elton John even had his dog “officiate” at his wedding – and I was able to catch up with one this week to get the “inside scoop”.

Anyone who knows Ida Kavafian, former violinist of the Beaux Arts Trio, an all-around incredible performer and teacher (she teaches at Curtis as well as maintaining a very busy touring schedule), also knows her dogs. It is, in fact, impossible to know Ida and not know her dogs. They are big, funny, loyal, smart, and in terms of personality, basically an extension of the fun-loving and warm-hearted person that is Ida. I had the amazing fortune to study with Ida, and count her among my most dear mentors (and friends) – she was one of the people who advised me when I was considering this gigantic career/life move just 10 months ago.

I reached out to Ida, to ask about her dogs, and here are some of her thoughts. 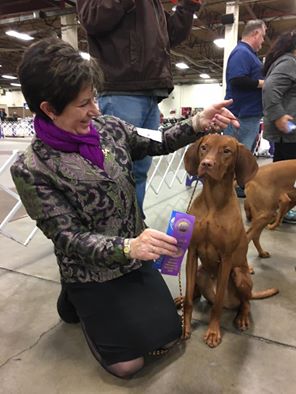 ‘I first fell in love with dogs when I played in a festival in Halifax, Nova Scotia. The music director had a Vizsla and I thought it was the most gorgeous, smart and affectionate dog I had ever met. His name was Max of Halifax! He told me that all Vizslas were like that, it is normal for that breed and I said something stupid like “I wish I could have a dog like that”. Well, he surprised me with a 10 week old puppy some time later. The irony was that Steve (Tenenbom – violist of the Orion Quartet and teacher at Curtis) and I had just gotten together and the last thing we needed was a dog! Steve told this man that it was not a good idea but the man insisted that that is what I wanted, saying that Fred (Sherry – cellist of Lincoln Center) had assured him of this. Well, Fred was my ex-husband and Steve told this man, “she’s not living with him anymore she’s living with me now and we don’t want a puppy!”

‘Long story short, this man convinced Steve and suddenly we were the owners of this adorable long eared baby boy we named Gus. The first thing he did was take a dump on our bedroom floor. The man told us that the breeder wanted us to show the dog and take it to obedience school, which we said we would not do, but of course did both.

‘Showing dogs has been a passion of mine ever since, and I am still doing it to this day. In fact, we bred, owned and trained the top Vizsla in the country in 2003 and the national champion of 2007. Some of my best friends and most fun times have been in the sport of dogs. Having our first puppy changed our lives, obviously. We started driving more places so we could take him, including our trek out west that we have made every summer since 1985. It is normal for us to stay in less than elegant hotels/motels. We will stay anywhere that takes dogs. Of course, there has been the occasional late night check-in while sneaking in our dogs, but we try not to do that very often.

‘Since 1985, we’ve had a number of dogs (our mantle has no more room for urns!), always more than one at a time and up to five at one point. People ask us how we have time to have dogs. One can always find time for something that one wants. It takes a good bit of money for dog care and a lot of planning but we find a way. We don’t have children, so they are like our kids.

‘Performing and showing dogs have interesting similarities. In both arenas, things can get out of control and you have to improvise and just go with the flow. Preparation and practice are essential in both. Keeping nails short on myself and my dogs is also important! Loving what you do makes a big difference in both. Passion and commitment is needed in both. I must say I get more nervous to show dogs than to play the violin and I have combined the two careers by performing my own arrangement of the national anthem at a number of dog shows!

‘As I write this, my two dogs are at my feet. I am on a break from teaching at Curtis. I make three trips a day to school so that I can come back and take care of them properly. I still feel guilty about leaving them, but I guess they have a pretty darn good life!’

Ida is famous for occasionally having one of her dogs come on stage for the encore, which is “Pop Goes the Weasel”, with her dog performing the “Pop” solo with a bark. In her home in rural Connecticut (she and Steve have several different residencies), the dogs have a large run, and hills and rivers in which to frolic.  What I admire the most about Ida and Steve is their exuberant embrace of life – with humor, dedication, and hard work. They are loyal mom and dad to an ever-larger group of former students, who all love them as much as I do.

Here I am, sitting alone in my hotel room after a concert, eating a salad  with my fingers (I forgot the fork- glad it isn’t soup). I can imagine that having a dog here to scratch and cuddle would certainly make the whole thing even more fun.