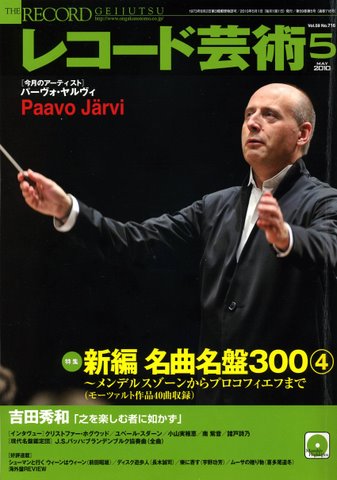 They received this sweet note from Editor-in-Chief Toshiyuki Nakazawa:

Thank you very much for your continued support for “The Record Geijutsu”. We are very grateful to you for your contributions to each issue. Much as it pains me to make this announcement, we will be updating the magazine effective the January 2017 issue. Pursuant to that change, the Critics’ Reports section will be concluding with the December 2016 issue. We are deeply grateful to you for your long-term contributions to Critics’ Reports. We would appreciate your understanding of this matter and of our plans to change. Once again, many thanks for your many years of support of “The Record Geijutsu”.

« Is that Simon Rattle conducting Mahler 2?

A young viola player is shot dead in Memphis »