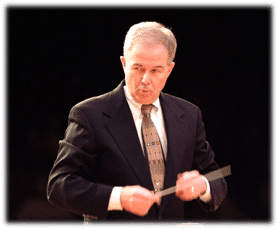 Word of change at the music finder tool:

An Announcement from David Daniels:

It was almost 50 years ago that I started work on this reference book, which ultimately went into 5 editions. I’ve enjoyed the work and I’m proud of what has been accomplished, and of its place as a standard reference book in the orchestral world. Much of its success has been thanks to suggestions, comments, and corrections from its users.

But now I’m 83, and it’s time to pass custody of this rather large database on to a younger generation. Not that I had to look far for a capable and willing team to carry it forward. David Alexander Rahbee has been sending me corrections and additions for a couple of decades, and I admire his intense devotion to getting all the details exactly right. He is one of the very few people I have trusted enough to adopt his submissions without a lot of checking on my part.

I have known another David, David Oertel, since the 1980s and have reconnected with him perhaps half a dozen times over the years. Nine months ago I got a note from him praising the 5th edition of my book, and I remembered how smart he was about technical things of all sorts. I asked him if he was good at computers and databases, and whether he would be interested in this ongoing project.

Voilà! The new team was born! Both men are conductors, and their skills and talents will perfectly complement each other. You conductors, librarians and administrators out there can rest assured that the Orchestral Music project is in good hands, and that Rowman & Littlefield is already planning a 6th edition for 2022 (the 50th anniversary of the 1st edition!). This will be part of the Music Finders series, edited by Jo Nardolillo, which includes many other important books for our great profession.

In fact, the two Davids have already started working together on the new and improved website www.daniels-orchestral.com, which is now under the auspices of the Danish software firm ASIMUT.  This website is a searchable database that is updated every single month! That means it will often have the most current information.

Incidentally, we now, as always, are eager to receive your suggestions, complaints, corrections—whatever. Please use this email address: David@daniels-orchestral.com, which will connect you directly to all three Davids simultaneously.

I will keep my hand in the database during the transition, but in diminishing proportions over the next few years.

Thanks for your support all these years!

Daniel Barenboim: Please let us listen to each other… »