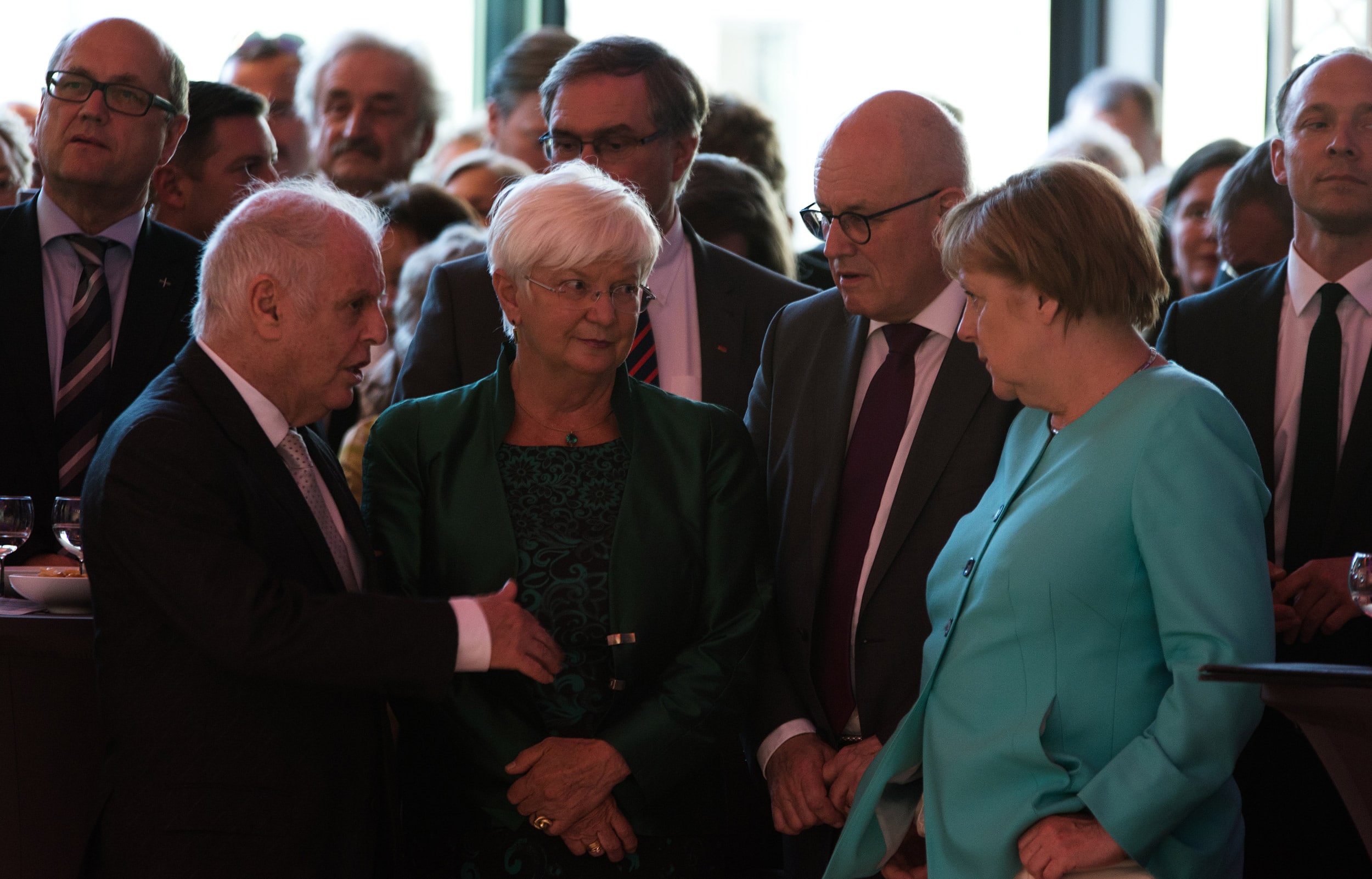 At the opening of the Barenboim-Said Academy in Berlin yesterday:

‘I lived for 15 years in London where none of the politicians had much interest in the musical life. In Germany, Mrs Merkel … and her finance minister [Wolfgang Schäuble], and other top politicians, regularly come to classical concerts. And we are grateful that they clearly saw this academy as fitting in with their wider idea of what culture means.’

Full report from Kate Connolly in the Guardian here.

Many in the British arts community would share his voting preference.

That said, his statement is something of an exaggeration. Barenboim lived in London in the 1970s when Edward Heath, a habitual concertgoer, was prime minister and his lawyer Lord Goodman was chair of the Arts Council. The arts never had it so good.

« Who would you cast for Carousel – K. Jenkins or … Cheryl Studer?

A conductor gives his fee to LGBT campaign »