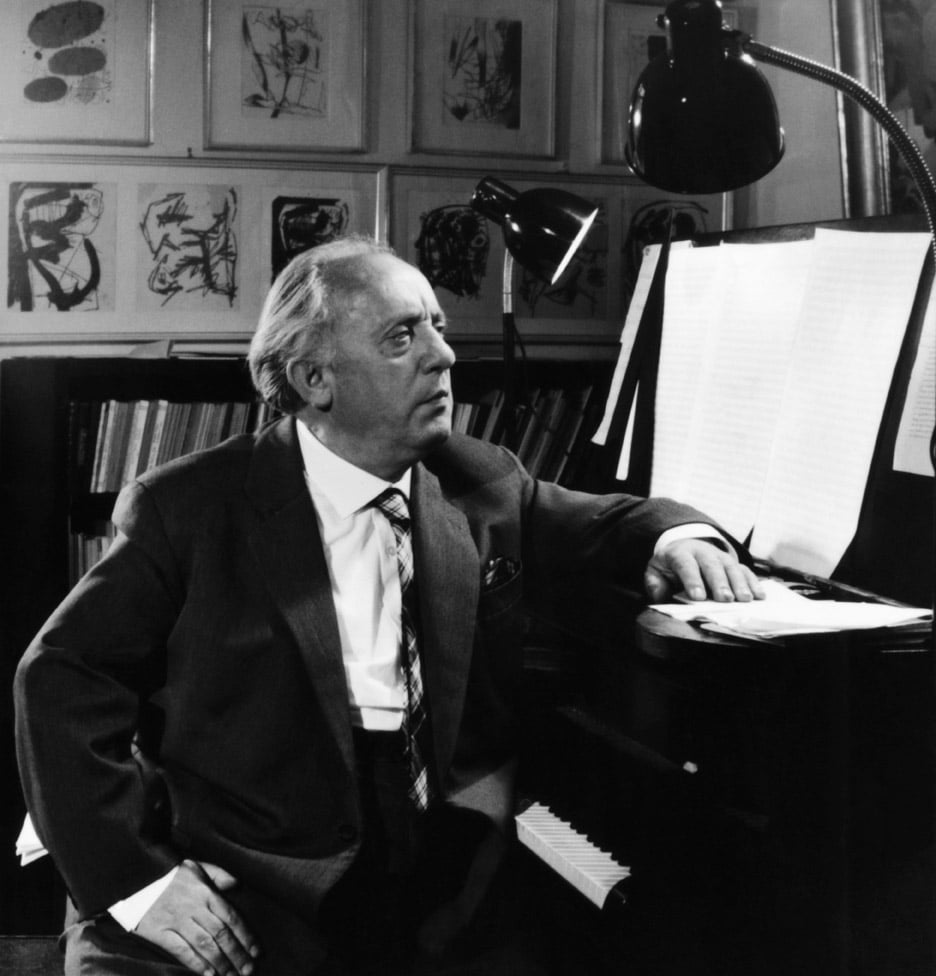 Why Hartmann is the composer of the moment

The veteran director David Pountney is the force behind Independent Opera’s staging next week of the UK première of Karl Amadeus Hartmann’s Simplicius Simplicissimus, at the Lilian Baylis Studio, Sadler’s Wells.

David, the opera’s translator, is director of Welsh National Opera. But he is passionate about restoring forgotten composers, such as Mieczyslaw Weinberg, Andre Tchaikovsky and Hartmann. As I have explained elsewhere, Hartmann was the only established composer in Germany who actively resisted the Nazi regime.

In this article, written for Slipped Disc, David Pountney explains why Hartmann needs to be heard – and now.

Karl Amadeus Hartmann was born in Munich in 1905 into a bohemian family of painters. Unlike his brothers and sister who became painters in turn, he turned towards music, eventually becoming a trombonist in the Munich Opera orchestra. In 1918 he witnessed the Bavarian workers revolt which broke out at the end of World War One and seemed for a time as if it might establish Bavaria as a separate, radical workers republic – a very curious thought now! The politics of this uprising were a lasting influence on Hartmann who continued to hold partly disguised Marxist views for the rest of his life.

“Disguise” is a salient word however, as his participation in the Jazz influenced world of Weimar music came abruptly to an enforced halt with the election of the National Socialists in 1933. From this point on Hartmann became a prime exponent of what was later termed “inner immigration”. How did this work?

He was careful neither to seek nor accept any commissions from the Reichsmusikkammer even though this body (under its President Richard Strauss!) continually demanded that he present proofs of his Aryan identity, and he studiously avoided performances of his works in the Third Reich, being able to rely on financial support from his wife’s family.  Instead he focused on achieving performances abroad with some success, which calls for a little care in considering his “arms length” status in regard to the Reichsmusikkammer. He would not have been allowed to travel abroad without that body’s tacit approval, so he was by default a member though refusing any act of participation. None of us who have not experienced totalitarian rule should ever judge the means by which people managed their lives under these impossible circumstances, but nonetheless a degree of nuance suggests that we should not exaggerate heroism or be too quick to denounce small compromises.

In artistic terms “inner immigration” manifested itself in very subtle, sometimes almost unreadable artistic signs embodied in his works, a technique described as “verdeckte schreibweise” (concealed ways of writing). Music, in this case, becomes a language to be de-coded, and as soon as we embark on this theme you will instantly recall the case of Shostakovich for whom this was also an essential but highly complex necessity. Simplicius contains many examples of this technique.

Firstly the theme itself of an Ur-Deutsch story going back to the peasants revolt (adulated by the Nazis) and the 30 Years War shows Hartmann “repatriating” a fundamental item of German cultural heritage and using it for anti war, anti-heroic, and hence for silently anti-fascist purposes. Then he incorporates into the music of Simplicius themes that represent forbidden musical cultures, thereby repatriating these too. In the overture there is a Jewish melody on the violas, “Eliahu ha-navi”, which he also uses even more explicitly in his second quartet of 1933.

Alongside this Jewish reference, at the end of the opera when the peasants are becoming radicalised, he uses a march theme from a Prokofiev piano work as if to invoke Soviet musical style, and furthermore includes a version of the traditional peasant protest song “Wir sind Geyer’s Schwarzer Haufen” which had in the meantime been mis-appropriated by the Nazis, and deliberately uses passages of “speech choir” which was a technique much used by “approved” Nazi composers.

Secrecy in music was of course an aspect of musical fashion not solely dependent on totalitarian supervision. Alban Berg’s fascination with numerological codes led him to incorporate hidden messages in his music, as did Shostakovich. The 5th symphony, for instance, can be read as a searing parody of Soviet bombast, but just as you have satisfied yourself with this interpretation, it emerges that it also conceals quotations from Carmen which refer to a secret girl-friend. This reminds us that music is a hermetic language, and it may be reasonably questioned whether Hartmann’s secret protests incorporated into his Simplicius score could possibly be understood by anyone other than him. That is possibly the true meaning of inner immigration or “aesthetic resistance” as it is sometimes called: this is a secret dialogue with himself.

After the war, Hartmann was one of the very few surviving musicians still in Germany untainted by direct association with the Nazis, and was appointed dramaturg of the Bavarian State Opera. In addition, he was generously patronised by the Americans, keen to re-establish German culture and hence, political stability. Hartmann carefully airbrushed out his Marxist past, and in return the Americans generously helped him to found his extremely influential Musica Viva series which was generous in repatriating many of the composers stamped out by the Nazis, as well as giving ample opportunities to younger talents like Hans Werner Henze. Hartmann’s subtle and intelligent ability to move with the wind enabled him to achieve significant cultural advances, and his open spirit re-invigorated post war musical life in Germany.

Simplicius is in some ways at odds with this cultivated and sophisticated approach. The original story, a masterpiece from the 17th century, reflects a brutal history of violence unequalled in Europe until the catastrophic but brief Fascist era. (In between, Europe had exported its violent tendencies to its colonies!) This relentless horror is ironically seen though the eyes of a helpless innocent, through whom it is visible in all its naked fury. The humane and compassionate Hartmann here finds a voice through whom he can speak about the evils of war with unrestrained loathing and abhorrence.

« Martha Argerich: The piano is a selfish lover