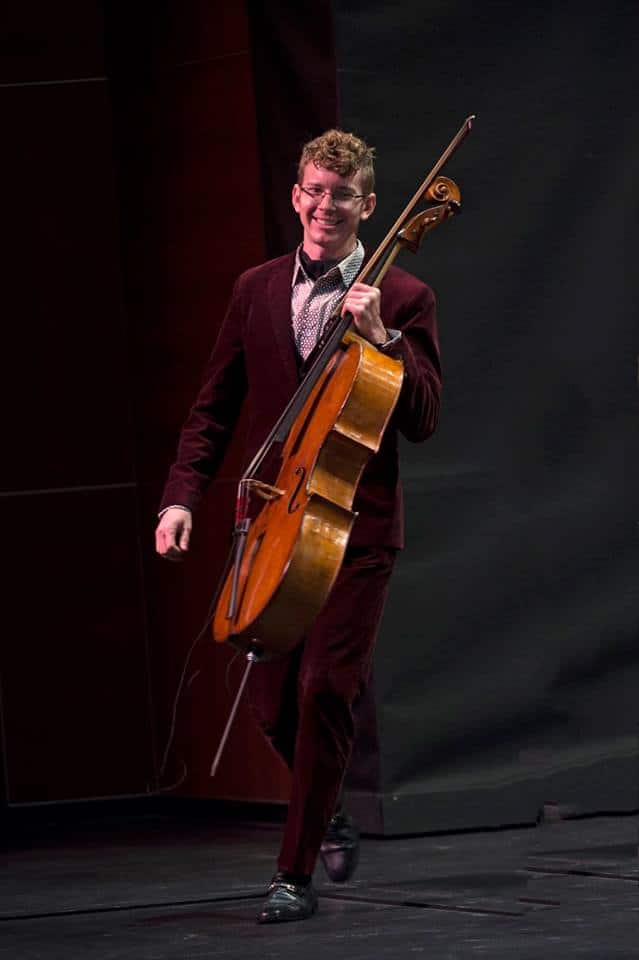 Joshua Roman’s response to the election result was to post the six Bach suites on Ted Talks.

No-one expected he’d get a million views before the week was out.

Joshua says: ‘I see a lot of emotional volatility all around: on social media, when I speak to friends, as I observe strangers. I’m not here with words of advice or judgement, but as a musician, I want to offer something else. One of the most important values in art is openness, so I am doing this separate from my own political beliefs, separate from yours, but as a simple gesture of shared humanity.’

Joshua, 32, is a former principal cello of the Seattle Symphony who has made a career as soloist and festival curator.