Pence: I wasn’t offended (So why does Trump want an apology?)

Here’s what Vice President-Elect Mike Pence told Fox News Sunday about facing a speech from the stage of the musical Hamilton about the election result:

‘First off, my daughter and I and her cousins really enjoyed the show. HAMILTON is just an incredible production and incredibly talented people. It was a real joy to be there. When we arrived we heard a few boos and we heard some cheers. I nudged my kids and reminded them that that’s what freedom sounds like. At the end, I did hear what was said from the stage and I can tell you – I wasn’t offended by what was said. I’ll leave to others whether that was the appropriate venue to say it.

‘I do want to say, that the basic element and center of that message is one that I want to address. And that is – I know that this is a very disappointing time for people that did not see their candidate win in this national election. I know that this is a very stressful time for some people. I just want to reassure people that what President-elect Trump said on election night, he absolutely meant from the bottom of his heart. He is preparing to be the President of all of the people of the United States of America. And, to watch him bringing people of diverse views, bringing people together that differed with him strongly, seeing him talk to foreign leaders around the world. I just want to reassure every American, that in the days ahead I’m very confident that they’re going to see the President-elect be the President for all the people. We embrace that principle and we’re going to work hard to make that principle every day that we serve.’

This is a reasoned response from a seasoned politician. So why did Donald Trump hit the Tweeter? 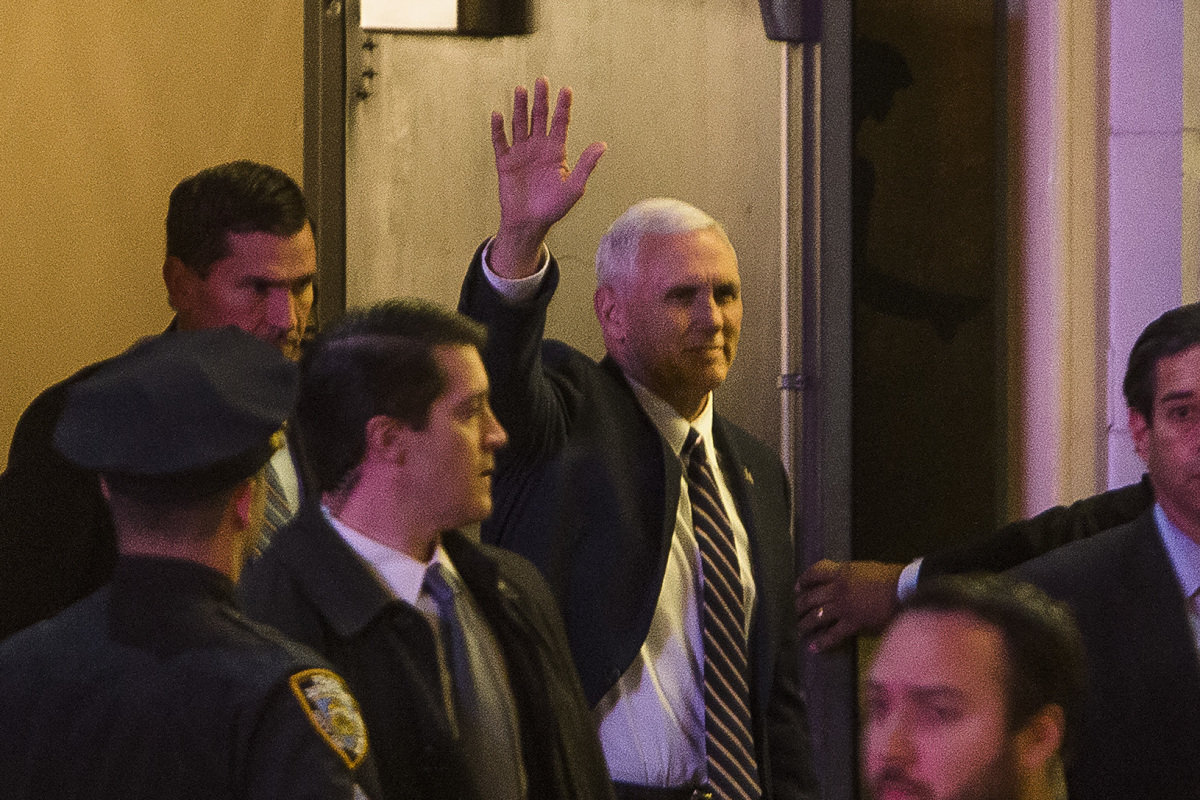