La Scala tenor: I meant to be a Formula-1 driver

From an interview with Vittorio Grigolo:

‘I had a test drive in a Benetton F1 car,’ says Grigolo, 39. ‘I was driving in Formula 3000 at the time and had the same manager as [Giancarlo] Fisichella, who, of course, became an F1 driver. But then I had an accident during qualifying for one of the races. I messed up two ribs. We had to postpone a concert. I had to make a choice between driving and singing….

‘I did miss the smell of tyres, my race suit, everything. I always, since I was a little kid, was fascinated with speed; anything that could make us move faster from A to B. Whatever it was: a bike, skateboard, roller skates, anything that can make you feel the air around your shape and feel that gravity is somehow less. That feeling was incredible.

‘I feel that I had something to say in that world of motor racing. Who knows, maybe in the next life. This time is the singing.’ 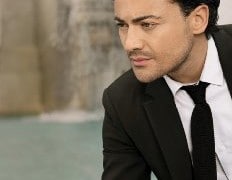 « Entire UK orchestra and chorus resign in support of conductor

Label news: Young cellist gets his own bus »