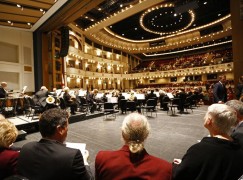 Bad news: US orchestras lost one-tenth of their audience in four years

The League of American Orchestras has published Orchestra Facts: 2006-2014,  a survey of US orchestra finances and operations.

There is good news and there is bad news, some very bad.

Mixed news: Three-quarters of all gifts to orchestras were under $250.