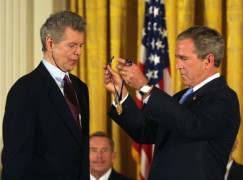 Amid ever-more hostile statements from Amy Adkins, CEO of the Fort Worth Symphony Orchestra, the clock is ticking on an embattled organisation where there seems to be no plan B.

The musicians went on strike in September after refusing to accept pay cuts. The board has cancelled all concerts for the rest of 2016 and has slammed the door on further talks until the musicians return on their knees.

Now, look a little further ahead.

In May 2017, the Fort Worth SO is supposed to be playing for semi-final and final contestants in the Van Cliburn Competition, founded by the city’s most famous musician.

If guarantees cannot be given by January, the Cliburn will (we hear) have to look elsewhere for an orchestra.

It won’t lack for offers. And the Fort Worth Symphony Orchestra will have lost the jewel in its crown.

« A hall for London? Ask the actuaries

Martha Argerich: The piano is a selfish lover »