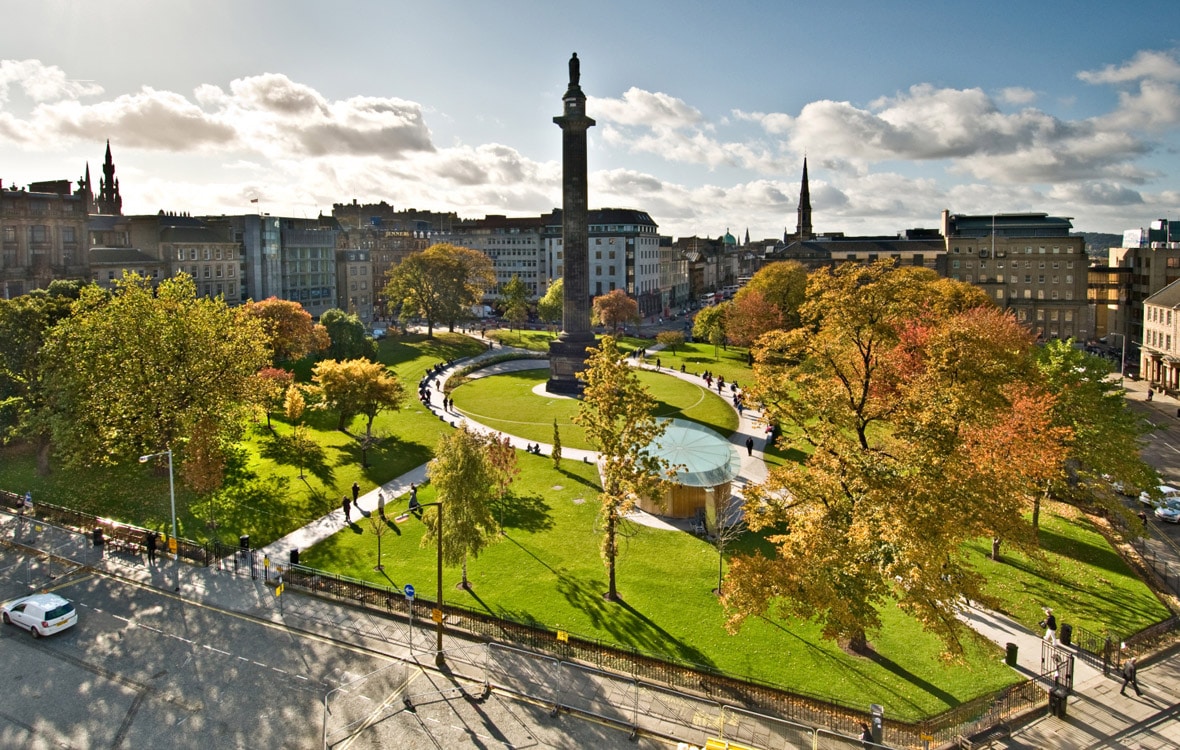 The charitable trust IMPACT Scotland and the Scottish Chamber Orchestra (SCO) have developed a proposal to create a new world–class arts centre in the heart of Scotland’s capital, Edinburgh.

The proposal is to build a facility in St Andrew Square which would be the new home of the SCO, as well as a venue for education, conferences and public engagement.

The centrepiece is a 1,000 seat auditorium, as well as a studio providing rehearsal, recital and
recording space to rival the best in Europe. The new building will be immediately behind Dundas House at 36 St Andrew Square, Edinburgh. The historic Royal Bank of Scotland branch will continue to operate as a stand-alone branch.

The auditorium would meet the long-recognised need for a purpose-built, mid-sized performance venue in Edinburgh,combining excellent acoustics with access for all forms of popular music, jazz, folk, chamber and other small classical music groups as well as solo and song recitals and small dance ensembles.

Air travel in America just got worse for musicians »