The Argentine-US composer Osvaldo Golijov, 55, who has missed several deadlines in recent years, will not submit a long-planned opera to the Met.

Golijov’s publisher ascribes the cancellation to a difference of artistic opinion. The Met, feeding the story to the New York Times, appears to have pulled the plug. No-one’s saying much. 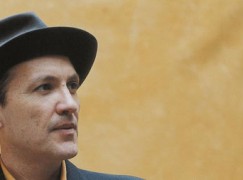