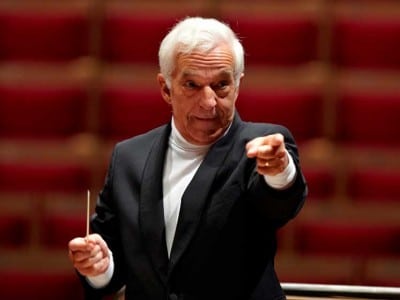 Breaking: A Swiss radio orchestra is killed off

The Swiss Radio and Television Corporation has withdrawn financial support from the Orchestra della Svizzera italiana, leading to its almost certain closure next year. The broadcaster contributes around two million Swiss francs to the orchestra’s eight million budget.

The musicians have received notice that their jobs are to be abolished. There has been no prior public discussion. The decision was unexpected.

UPDATE: Tomorrow, the orchestra will play with Lsa Batiashvili, next week with Evgeny Kissin. The musicians have been summoned to a meeting on November 30, where termination papers are expected to be issued.

Founded in Lugano in 1935, the OSI won a reputation far beyond the Italian-speaking part of Switzerland.

Its present chief conductor is Markus Poscher. Regular guests, at home and on international tours, include Vladimir Ashkenazy, Mikhail Pletnev and Marc Andreae. The orchestra has been a fixture in Lugano’s Martha Argerich Festival, which has also been discontinued.

This is a bleak day for Swiss music, and an ominous one for radio orchestras across Europe.

UPDATE2: A message of defiance from the musicians

« Exclusive: Pittburgh strike ends today with victory for the musicians