Peter Donohoe has posted this memoir of a close associate: 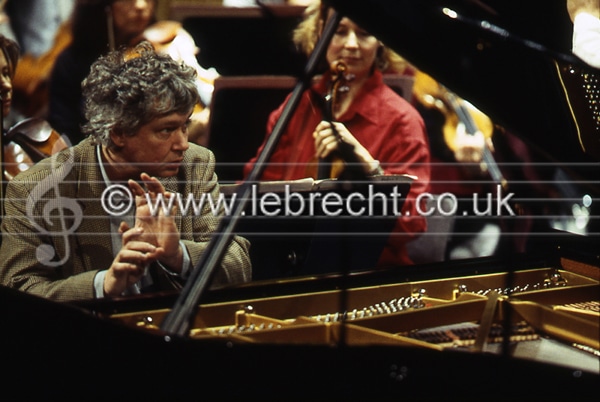 It was with huge dismay that I learned of the death of Zoltán Kocsis. I cannot claim to have known him well, but my awareness, admiration and musical collaboration with him – rare though the latter was – spread across several decades since I first him when I was still a student in 1974.

At that time I made a special study of the works of Bartók, and this led me to enrolling for a summer school in – the then communist – Hungary – the Bartók Seminar in Budapest, held by the great Pál Kadosa – by then in his 70s, and although he was actually a student of Kodály and Székely, had a close affinity with Bartók’s music and it was widely assumed that he was actually a student of Bartók.

I was already aware of Kocsis’ extraordinary recording on the Hungaroton label of the Bartók Piano Concertos Nos 1 and 2. As Concerto 2 was a seminal and life changing work for me, I had studied every recording I could find, and Kocsis’ was the one I admired most. Made when ZK was about 18, it has an insight into this great music that goes so far beyond technical considerations (it is one of the most technically demanding concertos in the repertoire) and that so belies the soloist’s age on that recording. It is also of such command and understanding of the orchestra that it could not really be bettered. Since then excellent recordings have been released by, amongst others, Pollini, Ashkenazy, Richter, Lang Lang, and – although I am inclined not to mention it, I will – myself. Kocsis also re-recorded it later. However, to my ears, none of us have toppled that original, raw, brilliant yet thoughtful, magnificent snapshot of a great artist in his youth.

It was with great joy – and respectful fear – that I discovered that Kocsis was assisting Kadosa in his masterclass and talks on Bartók. The result was a feeling of a direct line to my then greatest 20th Century composer-hero. The atmosphere of admiration for Bartók was something I will never forget, and Kocsis’ demonstrations were phenomenal in their unique combination of confidence and devotion. He also performed for us a suite of short pieces by Kadosa, demonstrating his ability to be so completely convincing at first hearing of totally unfamiliar music.

At one point I was ‘volunteered’ to play through Bartók’s Sonata for Two Pianos and Percussion – one of the composer’s greatest masterpieces – in front of the class with Zoltán, and it was one of the most heart-pounding experiences I had ever had. This was when Zoltán first displayed to me his renowned impatience; he made it plain that he wanted to go into the finale as an attacca and I didn’t – something that seemed to inspire an extraordinary degree of anger in him, and one that I railed against on the basis that the composer did not write ‘attacca’ so there was no need for ZK’s ‘appalling attitude’. [incidentally his nickname was something like ‘Jolly’ – an abbreviation of Zoltán. I don’t use it here because I do not really know how to spell it; it is probably not ‘Jolly’, because that is something he could never be accused of being.] [Edit: I am now reliably informed that it should be spelled ‘Zoli’. Thanks to Raluca Rad!]

This inspired a permanent friendliness between us from that moment to the last time we met. He came to my performances at the 1976 Liszt-Bartók competition and was incredibly supportive, and he invited me not so long ago to perform with him conducting his own Hungarian National Symphony Orchestra, playing Bartók’s Concerto No 3 in both Budapest and Pecs. Zoltán drove his wife and me back to Budapest after the Pecs concert, and his wife navigated and sent him down the wrong road for about twenty miles. The screaming temperamental fit that ensued reminded me of that moment in 1974 when we played the Sonata together, and I felt it necessary to again put him straight – again it led to great friendship being renewed. It was another insight into the impatience of genius.

One other example was Jeremy Siepmann’s collection of interviews regarding the performance and interpretation of Bartók. I was one of those interviewed, and one of my main thrusts was regarding the Hungarian-ness of the music; I always feel strongly that musicians of the same country as whichever composer is being referred to should not feel that they have a hotline to the style that excludes the rest of the world. Zoltán’s interview seemed to assume that, as a Hungarian, he had a greater insight into Bartók than anyone from outside his country. This led to me wanting to throttle him again, and I sent a message via Jeremy that the reason his performances of Bartók were so great was because he was a great artist and musician, not because he was a Hungarian. In any case – my verbal message continued – Bartók was from Transylvania, which has far more cultural affinity with Romania than with the totally different one of Hungary; a Hungarian expecting ownership of Bartók would be the equivalent of an English pianist assuming a hotline to Debussy – said I. I never had a response from him, and sadly Jeremy Siepmann has also died recently, so I will never know if he received my slightly tongue-in-cheek poke; however, I have every reason to believe that he would responded in kind.

The last time I saw him perform was in the 2009 Enescu Festival in Bucharest in err Romania…. He conducted Enescu Symphony No 2 wonderfully and the first half was a performance of Bartók Piano Concerto No. 2 – again – this time with another soloist. I wanted to go backstage to congratulate him on his performance of the Enescu, but I didn’t have a chance – something which I so regret now. He did look older than his years on that occasion, but I had no idea that his health was failing.

Even though I did not see him from one year’s end to the next, I feel very strongly that he was a close associate, a great person and a wonderful musician. That he so recently died has hit me very hard, and I am somehow aware that part of my own past has died with him. Very sad. 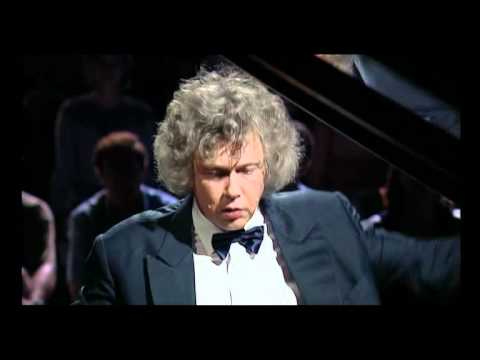