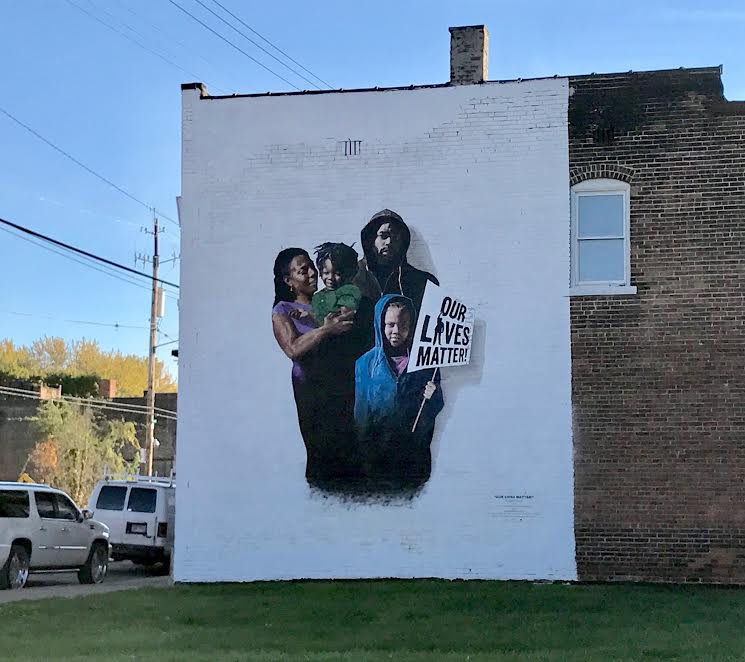 A concert pianist goes out canvassing in Cleveland

Our friend the pianist and videographer Zsolt Bognar did his civic duty this weekend in some of the most deprived areas of his hometown. Not many musicians venture this far off the beaten track. Here’s Zsolt’s report: 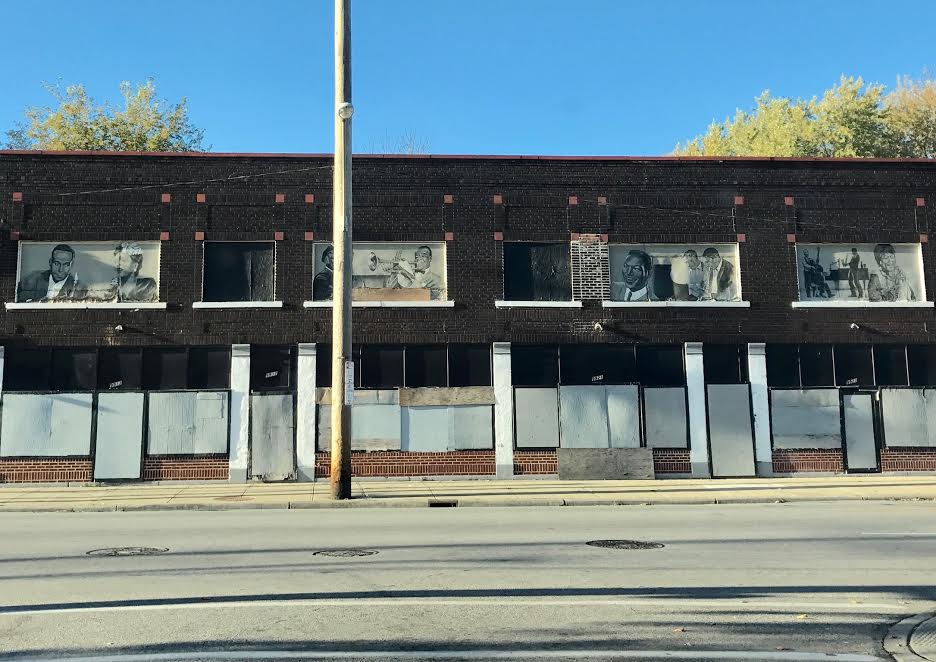 (I thank Mr. Norman Lebrecht for publishing my story of canvassing with large teams of volunteers in the poorest and most dangerous communities in Cleveland. I’m doing it to get out the vote, but also to examine what it means to be a musician and an American in today’s world—with the hopes of adding to the growing number of people joining the effort. In the 2004 election, this state of Ohio was the last to be declared, as the tipping point in the entire neck-and-neck national election. Had 12 more votes been received per precinct, the state would have gone in the opposite direction. And it all came down to a wait on the count of votes here in Cuyahoga County. ZB)
The great Russian pianist Sviatoslav Richter stated in an interview for the Hungarian press–in typically contradictory fashion–that he saw his artistic duty as the same thing as his patriotic duty. Elsewhere throughout his life, Richter never hesitated to say he had no interest in politics or other worldly matters. And yet, during the 872-day seige of Leningrad, he dodged shelling and crossed front lines to play for wounded Russian troops in hospitals, and for starving citizens in freezing halls.

Here in Cleveland—a representative cross-section of a country in the midst of a tumultuous political climate and election season—I have often wondered about the role of a musician in the world today. Is art intertwined with politics? In most cases, the answer throughout history was yes: look at Beethoven’s fervent fascination with Napoleon and the birth of the “Eroica” Symphony, for example, or Wagner’s exile from Germany for his participation in a failed 1849 uprising in Dresden. Leonard Bernstein famously declared after the assassination of President Kennedy that a musician’s reply to violence and world events is to play music with renewed intensity, beauty, and devotion. But is that really enough? Arturo Benedetti Michelangeli was allegedly involved with the Italian resistance in the capacity of fighter pilot. After the war, Alfred Cortot and Willem Mengelberg were scrutinized for their allegiances, and others were criticized for remaining silent in the face of injustice.

I believe that with the elections on Tuesday America is at a crossroads in every way. Not only do they have implications for the future of the country, but also for the moral character of its citizens, and the values we choose to uphold as Americans and in the world. I have shared in the national anxiety surrounding the rise of extremist voices, and I found myself volunteering with many people in small teams to knock on doors in Cleveland’s Hough and Glenville neighborhoods, and nearby East Cleveland .

One hundred years ago, Cleveland was the sixth largest city in the country, and home to the greatest wealth outside of New York City—the same wealth that established such great institutions as the Cleveland Orchestra, the Cleveland Museum of Art, the Cleveland Institute of Music, and our nationally-recognized universities, hospitals, and parks. The Hough district was exclusive, white, and wealthy, and house concerts in the neighborhood hosted performances by such artists as Enrico Caruso, Amelita Galli-Curci, and Mischa Elman. Glenville was largely a white and Jewish resort community. East Cleveland was home to John D. Rockefeller’s sprawling Forest Hill Estate—where he took violin lessons during visits from the concertmaster of the New York Philharmonic.

Today, these are decimated and devastated communities. I wonder how many of my friends in University Circle know the extent of the poverty that exists just one mile from the Cleveland Institute of Music. Hough carries the shadow of the fiery and violent racial riots of 1966, and became the poster-child for national white flight from cities to the suburbs. Glenville followed two years later with a two-day shootout between the Cleveland Police Department and the Black Nationalists of New Libya, a Black Power group. East Cleveland was recently reported as Ohio’s poorest city, half of whose residents did not own a vehicle—a potential difficulty in mobilizing votes. Amidst fears and allegations of voter suppression and closed polling locations, I had heard from friends that driving citizens to the polls and knocking on doors to mobilize the vote with correct information are effective ways to ensure the democratic process of the nation.

In the neighborhoods I canvassed, I noticed that half of the houses were boarded up, demolished, or otherwise vacant and rotting. I felt as though I had arrived in post-Katrina New Orleans—a wasteland of despair, with hints of a storied past. Knowing these areas are centers of violence and murders related to drugs and gang activity, I made a decision to go anyway. I was far from alone. Americans from around the country had flown in to join to get out the vote in swing states. Energetic, fearless, empathetic, and passionate folks, whose energy was inspiring.

In the past year, we have seen the rise of a demagogue who openly marginalizes and antagonizes significant portions of the American people, with plenty of support behind him. I decided that on Election Night on Tuesday, November 8, I would not be able to sleep unless I did everything I possibly could to stand up for what I feel is right. I teamed up with two incredible partners for the day—Nora, a librarian from New York who has traveled across the country to do this in as many states as possible, and Anne, a retired inner-city schoolteacher from Cleveland Heights.

To my great surprise, most of the people who answered the door had proudly already voted. “Of course we have—you better believe it!” they announced. Most were aware of what is at stake in this election. Some were not familiar with where their polling locations were. Some greeted me with election-fatigued suspicion, but most were incredibly sweet and grateful to have an audience with somebody willing to listen to their stories. They told me of their wish for a better life, and how hard they are working to try for their families: long shifts and multiple jobs, and a bleak and hopeless future for upward mobility. We heard stories of loss, drug addictions, and prison time. 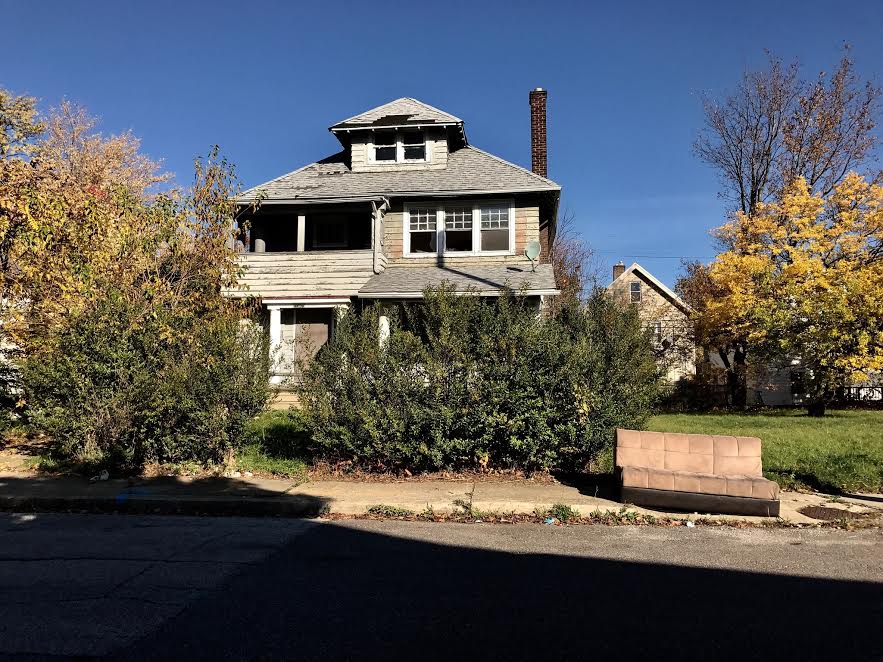 There were some surprises: an entire family saw us coming (contrasting with the neighbors, their house was well-maintained, and a Mercedes stood in the driveway), lined up on the porch, and chanted at us with fervent anger: “LOCK HER UP!! LOCK HER UP!!” Our team had to discuss why this was not surprising. A group of young men pointed and laughed at us, watching us from an attic window and hiding behind curtains. During lunch break in McDonald’s on St. Claire Avenue, our spot to recharge was full of locals—all minorities. It was mostly quiet until a young man in his 20s had his phone ringer go off—Tchaikovsky’s Swan Lake.

Musicians are as passionate about the world they inhabit as any people I know. The film series I host, Elyria Pictures’ “Living the Classical Life”, has been examining the lives of musicians and their world with an increasing bent towards human interest and the artist’s relationship and engagement with the world and current events. We rushed our latest release featuring American operatic soprano Deborah Voigt as our further contribution to the dialogue of what is at stake. Ms. Voigt speaks with emotional candor about her musical successes, and goes into detail about her struggles with weight and addiction. At a time in which the public political figure in question engages in unabashed fat-shaming of women as definition of self-worth, we try to take a stand in portraying an incredible woman whose distinguished career and contributions go far beyond issues of appearance.

I have intelligent friends on both sides of the political spectrum. This election has been an exercise in patience, listening, and searching for the humanity behind the labels and differences. It is my belief that we as Americans can take the passion from our lives and work—including we as musicians—and contribute to this dialogue with our art, our civil rhetoric, and our actions in our neighborhoods. I hope many people will join in the process of canvassing on Monday and Tuesday, to make sure that as many people as possible vote and use their democratic voices, and build the best and most civil country and world for our children to inherit.

« Rattle’s (not) on his last American leg